Mara was interviewed while performing with the Royal Ballet in Wayne McGregor’s Woolf Works – she has one more London performance (13 February) and further performances when RB tour to Brisbane’s QPAC in June/July 2017.

After Mara Galeazzi retired from the Royal Ballet in 2013, she moved with her husband and young daughter to Oman, where Jurgen is Head of Operations at the Royal Opera House in Muscat. Her first year there was quite a challenge. ‘I stopped dancing, sold the house and moved to a very different environment where I knew no-one’, she says. ‘I really wanted to spend time with Jurgen and our child – Maia was only a year old – but after six months, I knew I must find something more for me to do. And I was in so much pain, not dancing, much more than when I was every day.’

Fortuitously, she was invited to perform in a gala at Hatch House in Wiltshire, for which she had to get back into shape by the summer of 2014. ‘I realised that this is what I do, who I am. I wasn’t longing to go back to the Royal Ballet – I’d done what I wanted to do in my career there. I needed to discover new things, and things just came my way. So now I keep in form by doing class on my own in the lovely studio in the Muscat Opera House, and of course, company class with the Royal Ballet while I’m guesting in London. I’ll go with them on tour to Brisbane later this year.’

Ludovic Ondiviela had asked her to dance the role of the mother in his Cassandra in the Linbury Studio Theatre, so she came back to London in November 2014. Then Wayne McGregor wanted her to cover the leading role, created on Alessandra Ferri, in Woolf Works for its first performances in 2015.  ‘He’d already started with Alessandra when I joined in rehearsals, but I watched all the communication between them so I knew what he was looking for’, she says.

Mara didn’t get to perform during the first season of Woolf Works. She stayed in London while her mother visited Muscat from Italy to look after Maia. ‘This time, they’ve both come to see me dance on stage, which is so exciting,’ Mara says. ‘I’ve had my own rehearsals with Wayne and he lets me do the part in the way I feel. He likes the way that Alessandra and I are so different in our understanding.’

They are indeed different in their interpretations of the role, in which the woman is Virginia Woolf, the writer, and one or more of the characters in her novels: Clarissa Dalloway in Act I from Mrs Dalloway and maybe Rhoda from The Waves in the last act.  Ferri seems a wraith, haunted by past memories, initially happy and later disturbing: by the end, she has become a ghost, resigned to existing no longer as she is engulfed by the waves of eternity. Galeaazi is more resolute, a writer battling with her creations and her depressive illness. She actively chooses to commit suicide, as Woolf did, rather than accepting being absorbed into the hereafter.

‘We can’t know what Virginia experienced as she died’, declares Mara. ‘Her suicide note says “I have made this decision….” So she’s free, but it’s very personal. We can’t know what she might have regretted or how much she suffered. Hearing that last letter to her husband being read aloud makes me shiver backstage when I’m waiting to go on.’ Mara has been reading a biography of Virginia Woolf, as well as Mrs Dalloway (in an Italian translation because the English is so layered). ‘You have to have life experience to appreciate her, to perform as her. She was trying to project her own feelings and ideas in her books, but using the mask of another character. Which is what we try to do in Wayne’s ballet.’

Mara was inspired to become a Royal Ballet dancer by seeing Alessandra Ferri on film as Juliet in Kenneth MacMillan’s production of Romeo and Juliet. Both had trained at La Scala Theatre Ballet School in Milan. Ferri was 10 years ahead of Mara, who came from a small town in Brescia. ‘Going to Milan when I was 11 was a big step for me’, she says. ‘I was 13 when I saw Alessandra’s Juliet on film and I just knew “That’s what I want to do.” That was it.’

She auditioned for the Royal Ballet when she graduated at 18 in 1992. Mara was amongst the first cohort of dancers that Anthony Dowell as artistic director chose from outside the Royal Ballet School. ‘I didn’t speak any English or know anyone, other than an Italian friend with English National Ballet, who left after a year.  It was another of my challenges’, she says wrily.

She was still only 19 when MacMillan agreed that she should replace an injured dancer on tour as Mary Vetsera in Mayerling. ‘I was not long out of school but I understood psychologically what he wanted. Someone told me that he’d already said “She’s one of mine”. But I never had the chance to work with him on my own before he died’, she says regretfully. In later revivals of Mayerling, Mara danced the role of Rudolf’s mistress, Countess Larisch, as well as Vetsera. She also did the dual roles of Manon and Lescaut’s mistress in his Manon and those of Anastasia and Kchessinska in the three-act Anastasia. ‘We did a lot of his one-act ballets during my time, which they don’t do so much any more’, she says.

Mara has always thought of herself as a dramatic dancer rather than a technician, though as she says, the ‘second’ role in some ballets is often technically tougher.  She had an extensive repertoire in her 21 years with the Royal Ballet: not only the full-length ballets but a big range of new works on tour with Dance Bites in the 1990s. ‘I was lucky to work with lots of choreographers from within the company – Will Tuckett, Alastair Marriott, Ashley Page, Cathy Marston, Chris Wheeldon, and later of course Wayne McGregor – and guests from elsewhere – Glen Tetley, Mats Ek, Jiri Kylian, William Forsythe.’

She found that she came back to perform with the company she left five years ago with a different approach. ‘I know more about why I love to perform, instead of being caught up in day-to-day schedules. I was nervous at first, but they’re all wonderful and supportive. I only know about 20 per cent of the dancers but they’re appreciative of what I have to offer. They don’t just dismiss me, which is reassuring.’

Because she needs to dance ‘to be happy in my soul’, Mara is involved in projects with an Australian choreographer, Tim Podesta, whom she met two years ago. ‘We’re calling ourselves ‘Mara and Tim in Motion’, and we’re hoping to premiere some shows in the UK. I did my first choreography last year for the Hatch House gala, all on my own, but I want somebody to feed off. I’d like to work with choreographers and a few other dancers, while I still can.’

She organised fundraising galas for charity while she was still a member of the Royal Ballet. Her first, in 2005, back in her home region of Brescia, was for research into child leukaemia. Then in 2007 she set up her own charity, Dancing for the Children, to assist children with HIV in Africa. She had suffered a debilitating form of kidney disease, and to distract herself from the side effects of medication, she threw herself into fundraising and organising yet more events for children in need, including Syrian refugees. Mara’s galas took place in Africa, at Sadler’s Wells in London and in Italy. She’s planning another one for London: ‘I’m thinking big because I’ve got a lot of support and a great team I know I can work with’, she says proudly. ‘Not just ballet – singers and actor and musicians as well.’

When I ask the inevitable question about directing a company, she replies: ‘Not yet. I’m not ready yet, but of course I’d like to. I’ve got so much I could pass on to dancers, and I’ve had lots of experience planning and dealing with people. But I still want to dance for as long as my body lets me.’ 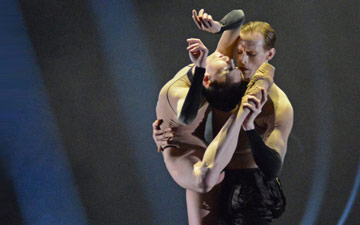 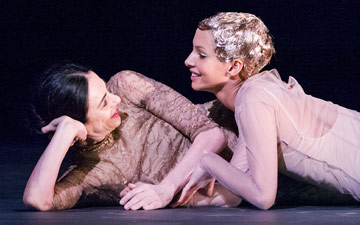