Passing it On: Wendy Whelan Stages her first ballet, Pictures at an Exhibition, for Pacific Northwest Ballet

Three years ago, during the winding-down of her New York City Ballet career, Wendy Whelan received a very special request. The choreographer Alexei Ratmansky, who had cast her in every piece he had made for the company up to that point, sent her a text, asking if she might be willing to dance in his newest work, Pictures at an Exhibition. He had a role in mind, set to a section of Modest Mussorgsky’s suite entitled “The Old Castle.” In the pas de deux that resulted, one of his most rapt and mysterious, Whelan appeared as a spirit, barely skimming the floor, swooping and spinning through the air. (The partner who made this illusion possible was Tyler Angle.) In its final image, she stood, feet resting against Angle’s chest, reaching up and away, as if ready to pluck some secret out of the air. The premiere took place on October 2nd. Two weeks later, she gave her farewell performance.

An entry from Wendy Whelan’s Instagram stream, showing her dancing in Pictures at an Exhibition. (Click image to see the full entry.)

Whelan has since moved on to a career in contemporary dance and teaching. A film about her transition, Restless Creature: Wendy Whelan, is currently in cinemas in the US. This next chapter of her life is all about trying new things, as she recently told me in her quiet kitchen near Lincoln Center, while her portly cat, Charleyrose, looked on, perched on a shelf. “It’s like one of those pie charts you get in your financial reports,” she told me of her life now. “My pie chart used to be all one color, all dance. And now I have a red piece of pie, a blue piece… I’m diversifying.”

The latest piece of the pie was carved out this past spring, in Seattle, when she set Pictures at an Exhibition on Pacific Northwest Ballet (PNB). It was her first experience staging a ballet. Until she was invited to do so by Peter Boal, PNB’s artistic director, she had been hesitant to even try. I asked her to reflect on the experience.

Why had you avoided staging ballets before now?

As a kid I was a slow learner. I didn’t pick up steps quickly. When I got into City Ballet as an apprentice, I was learning all these roles and all the other girls were getting put into ballets in emergency situations because they were quicker to pick up the steps. I had problems abstractly imagining the pattern I was making. So I would come home at night and write down, literally, “chainé chainé chainé to the right, step on your right foot, piqué right into an arabesque.” I wrote down every step of the ballet. And that’s what I did for this.

What was that process of figuring out how to set Pictures like? What did it consist of?

I looked at the tape a hundred million times. I started with the music. I counted out the steps and then went to Cameron Grant [pianist at New York City Ballet] with my counts and asked him, “does this make sense?” And he said, “that’s pretty good!” Here and there, he taught me how to hear certain things. I have a video of him counting and playing the music and telling me “this is where Tyler jumps, this is where Sara turns.” I kept track of that. I had my little markers. I had my counts, and the video. I had it all written out.

That sounds very painstaking. How long did it take?

More than a month, every day, many hours a day.

Did you dance the steps for yourself?

After a while. But I was also teaching class at Barnard, so I taught the students the “Cattle” section, and the year before, with Adrian Danchig-Waring, I had taught them the “Ballet of Unhatched Chicks” section. It was hard for me to decipher patterns on the film and then put them on the floor. I needed the bodies to get the patterns to work. I also took ten pennies and labeled them with the dancers’ names, and I would move the pennies around so I could visualize the patterns.

Did the process help you understand the ballet better?

It was like fireworks exploding. I could see all the extra work besides just making up steps, all the time Ratmansky spent with the music and all the time he spent coming up with his patterns, and how he saw things. I was seeing how themes that are built in the first section return in so many different ways, in different voices, throughout the ballet.

How did you feel when you saw the final product, on opening night at PNB (2 June 2017)?

It was a feeling of happiness that I’d never felt before – like a dancer’s version of having a baby. It wasn’t me, it was about this baby, this thing. I’m still dancing, but this was a different thing. This is theirs now, it’s in their bodies. That’s what I told them. I said “you guys made me so happy.”

Was it at all difficult to see this role you created be danced by someone else?

No! I’ve let go of everything. I started to feel that way about a year after I retired. It’s yours now, I’m not going backwards.

So, after this experience, would you want to stage another ballet?

Before the premiere, I was like, this isn’t my thing. It was soooo hard. And it was so much sitting for me. It didn’t make my dancer body feel great. I had to turn my dancer body off. But part of me realized I am my sister’s sister. She’s a detective. Detail oriented. I do like to research and get obsessive about things.

What did you learn about yourself?

You think forever that you can’t do something, and then you try, and you discover you can. It’s not second nature, but I can do it. It was kind of like I had this piece of stone, this heavy object, in front of me. [Sighs] As I worked on the music, I took some of the excess away and began to get some clarity. Then I scraped a little more and things started to appear. It was a form that I could touch and express. It was fun to find myself knowing it better and better all the time.

And then, when I was at my peak moment of frustration, I thought: once you know this ballet in your head and you can give it to somebody, they can’t take that away from you. I don’t have to worry about my body executing it. Not many people know this ballet the way I do know. It’s like a jewel. I own it; it’s in my brain now. 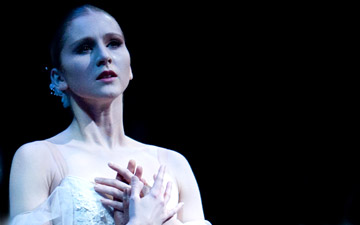 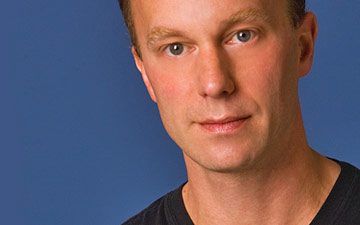