Come hell or high water, George Balanchine’s The Nutcracker will return to New York City Ballet, filling the theatre night after night. Balanchine made a ballet built to last, and it has not disappointed. Nor does it seem to grow stale; the inclusion of lots and lots of fresh-faced kids, many of them performing for the first time, guarantees a certain level of electricity. In the performance on Dec. 13, one of the kids in the battle scene accidentally broke ranks; it was almost reassuring to see a touch of imperfection. But note this year’s Marie, Fritz, and Nutcracker Prince – Ines Gout, Charles Klepner, and Tenzin Niles – were all excellent, serious, dignified, sweet, not too cute. And musical.

The company is still functioning under interim management, nearly a year after Peter Martins’s retirement. One can only imagine what’s going on backstage, but onstage, at least for now, order reigns. Even if this performance wasn’t one for the ages (how can they all be?), it was neither unkempt nor lacking in energy. The principal parts were performed by dancers still relatively new to their roles: Unity Phelan as the Sugarplum Fairy, Joseph Gordon as the Cavalier, Claire Kretzschmar in the role of Dewdrop. Harrison Ball, returning from a long injury, danced a brilliant Candy Cane hoop dance, with little pauses between the jumps to add spice to the phrasing, but then got his foot caught in the hoop in the final jump, a pity. Each of these dancers brought a quality of freshness to the stage, but one sensed they could do more with the roles. The grand pas de deux at the end, in particular, felt a little safe. It can be so exciting, so heart-catching, especially when the dancer performing Sugarplum is brave enough to hurl herself onto her partner’s shoulder from mid-stage. That didn’t happen.

Nevertheless, Phelan looked glorious in the part, with those long limbs and glamorous lines. She also brought an almost maternal glow to her solo at the beginning of the second act (where Balanchine placed it, moving it up from the end), so appropriate as she leads the tiny fairies around the stage. But Phelan’s musicality could be a bit sharper in the little hops that precede the piqué arabesques, and it would add more oomph if she bent more to the sides when balancing on pointe. She’s still learning to fill the role.

Gordon is a handsome and touching prince, with a charming habit of turning his head toward his partner, as if to read her mood. His partnering and dancing were impeccable, particularly a manege of grand jetés that takes him rocketing into the wings. Kretzschmar is an interesting Dewdrop, less polished and glamorous than Tiler Peck or Sara Mearns, but fearless and almost hungry in her way of moving through space. Her long limbs whip and slice through the air. In her full-throttle approach, though, she misses an opportunity to play with the phrasing, finding nuance in the nooks and crannies of the music’s rise and fall. She also has a tendency to dance with her chin up, which creates tension in her neck.

There’s been a lot of publicity about the elimination of the clichéd, faux-Asian gestures in the “Tea” dance in the second-act divertissement. The little black wigs (for the two women) and whiskers (for the man) have also been removed. Now that the offending details have been edited out, what has remained of the choreography – sharp pointework, simple port de bras, and jumps for the man – is rather generic. The dance has lost its musical and imaginative impulse. This is a ballet-master’s solution, not a choreographer’s. In order to make the dance live again, the company will have to take the bull by the horns and find a choreographer brave enough to come up with something else – a clever, novel, charming dance that fits Tchaikovsky’s flute melody (like a tea-kettle at full blast) and repetitive rhythmic pattern. Perhaps they could try something new every year until they find a solution that’s just right.

Of course, what we love about the Nutcracker is that it doesn’t change. The tree will always grow to enormous proportions, the parlor will always morph into the magical world of the wintry forest. Every year new children will discover it and begin to love it; the adults in the audience will re-live their memories of seeing the ballet as kids, on the stage or on TV. After all, it is a ballet about memory – the memory of family parties, of winter nights, of new friendships, and of the tinge of fear that accompanies childhood. This year, and every year, there is comfort in knowing that little Marie and her newfound friend will rise to the occasion. 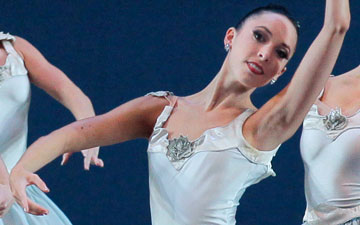 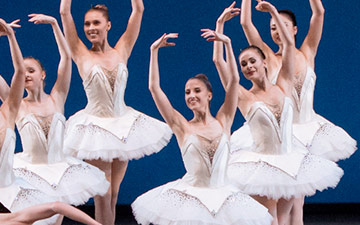