I had mixed feelings in the days leading up to In•ter•twine, AXIS Dance Company’s fall home season bill. On the one hand, I was beyond eager to see what this troupe, a bold and innovative leader in physically integrated dance, had in store. I was thrilled that AXIS’ Artistic Director Marc Brew had included Robert Dekkers’ Flutter in the evening, an all-time favorite contemporary trio that Post:Ballet debuted nearly a decade ago. And I was excited at another chance to see work from NY-based dancemaker Jennifer Archibald, whose choreographic voice I first encountered back in the summer of 2018.

But at the same time, I had questions about the other world premiere on In•ter•twine’s program: Arthur Pita’s Alice in Californiland. Press pieces ahead of Friday night’s opening at Z Space had explained that in Californiland, homelessness would intersect with a “Lewis Carroll-like upside down world.” I wondered about seeing such serious subject matter and urgent conditions through a fantasy frame. How would it feel? Would it read? And yet, as I revisited the source material, Carroll’s 1865 Alice in Wonderland, statements of isolation, disorientation and diminution were deeply embedded in the narrative as was the loss of optimism, the need for help and the desire to apply logic/reason to an untenable situation. Maybe Pita’s chosen lens was ideal.

After experiencing the mixed discipline work, I can say that Californiland is a poetic, profound, moving piece of Dance Theater. It is a must-see. During a series of toggling scenes, the audience is introduced to Alice, an addict who subsists simultaneously in her tortured day-to-day life (portrayed by Yuko Monden Juma) and a parallel, drug-induced state (performed by Lani Dickinson). Straddling these two worlds is also Alice’s entire community, who periodically take on Carroll’s eccentric personas. We meet the rabbit, the Mad Hatter, the croquet game’s flamingo, the King of Hearts, the smoking caterpillar, all presided over by Cheshire cat balloons. As Alice interacts with these characters, it is appropriately unclear whether they are figments of her inebriated stupor, abstract forces or actual people in her life leading her down the rabbit hole.

Californiland’s themes of visibility and of escapism were undeniable. And from the first moments to the final visual, Pita challenged the viewer to confront their own complacency around homelessness and addiction. This riveting narrative depth was created by a host of theatrical devices working flawlessly in tandem. Choreographically, intense charge was coupled with heart wrenching gestural sequences, the cast covering their heads and reaching their hands out for something, anything. Yann Seabra’s design elements were inspired. In one vignette, Alice, ensnared by a giant blue tarp, was pulled from one direction to another, communicating a loss of control. Her iconic light blue dress was constructed from that same tarp material. And during the entire piece, I was haunted by a chapter five quote from Carroll’s book, “It was so long since she had been anything near the right size…”

Before venturing into Californiland, AXIS’ In•ter•twine bill opened with Flutter by Robert Dekkers. A fugue if ever there was one, Flutter invites individual lines of inquiry (three dancing bodies, aptly costumed by Christian Squires in fluttering fringe, Steve Reich’s Clapping Music and Partita for Solo Violin by J.S. Bach) to come together in an unbroken stream of consciousness. Unison, cannon and soloing imbue the trio, as do oscillating hands, shivering bodies and swimming limbs, each a subtle nod to the title. I’ve seen this work many times and with several cast iterations – three women, three men, as well as a mix of genders. But this was the first time I had witnessed Flutter with a physically integrated cast, danced by AJ Guevara, Dickinson, who was born without a left arm, and JanpiStar, a wheelchair user. It was powerful. Here it was so much more apparent that Flutter is a dance of torsos and epaulement, of strong upper twists and dynamic lines of the body. And forward motion. JanpiStar injected an explosive energy into the work that I’ve not seen before.

With bright light beams radiating in all directions, silvery gray costumes, smoky haze and a metronome-like score, the premiere of Jennifer Archibald’s Petrichor-the smell of earth after rain had a science fiction, space exploration feel. Genuine looks of expectancy and suspense framed the action as six dancers began a non-linear journey of searching and discovery. Hands grabbed at the space; bodies crawled forward; staccato contractions abounded. Directional changes were abrupt and fueled by haste, while arms reached out just missing that which they sought. And throughout Petrichor, there was a deep sense of togetherness, which Archibald relayed through intricate tableaux.

While I know it wasn’t Petrichor’s intention, I found myself unable to separate the composition from the wildfires once again devastating Northern California. Whether it was the smoky atmosphere or Archibald’s urgent movement quality or the unmistakable community support, I couldn’t get the fires out of my mind. But that’s the wonderful thing about great contemporary dance. It meets you where you are, even if that place may be far from the original intent. 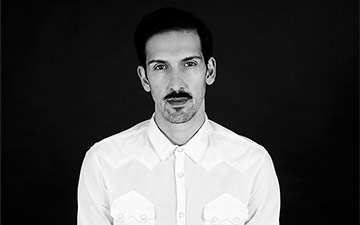 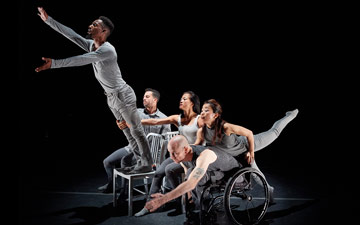 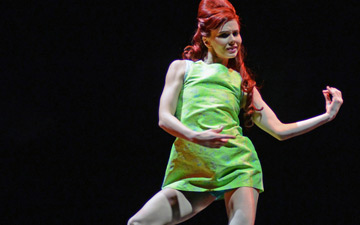