Araminta Wraith, Scottish Ballet soloist, is a DanceTabs guest blogger during the companies 50th anniversary season. This is her fourth blog and all about dancers and injuries – it’s a very personal and heartfelt tale…

Whilst I was warming up for rehearsal the other day I sat on the floor going through the same weird routine I always have before putting my shoes on and it occurred to me that I’ve been doing the same daily body scan with myself for the last 12 years.

Now I’m still the same person but the body most certainly feels very different from that of my 19 year old self. As someone that has had an absolute rollercoaster with injuries and surgeries in my career, I feel it is somehow my duty to use this writing platform to talk about what it is actually like to be injured as a ballet dancer – it can be a lonely place but if you persevere through recovery, it feels like the triumph of a lifetime.

96% of dancers will get a significant injury in their career, yet every time it happens a form of guilt can make you feel like it is your fault. I spend a lot of time trying to practise good technique by eating healthy, engaging with strength training, keeping on top of physio and massage etc etc but even now at 31, I still struggle to accept that although we are dancers, we are also human beings, and if you keep throwing strange shapes around and stabbing your feet into the ground toes first, something is gonna give.

My latest injury was something called a ‘Morton’s Neuroma’. It sounds like a fancy new discovery, but it is in fact a searing nerve pain between your toes which, when at its worst, I would experience each time I danced – a bit of a nightmare when that’s what I’m paid to do professionally.

I first felt this when I was dancing the lead role during a Scottish Ballet tour in LA. At this time the casting had also gone up for The Nutcracker. I was cast as The Sugar Plum Fairy and The Snow Queen so, you could say, I was on a bit of a roll, but my story is by no ways unique.

Dancers face this wall time over, hindrance vs opportunity – the moment when time out is literally the last thing you need and yet sometimes you must accept it’s the only way to give your future self a fighting chance.

Once I finally bit the bullet and saw a specialist, he told me that I could have a small surgery and I would be back on stage to do at least one of the roles by that January – “Success” I thought, and so my director, physio and I planned for my return. Unfortunately, a scan can only tell you so much and the damage was worse than we thought and following rehab, we could see that the surgery hadn’t worked.

I would love to say that I just powered on no problem and, maybe it looked that way from the outside, but at the time I literally thought that was the end of the relationship between me and my pointe shoes – I couldn’t even get them on my foot, let alone onto the stage.

As a dancer that was injured, I felt like I was putting on a brave face 24/7 when really all I wanted to do was run from the building screaming, frustrated at the reality of it all. With what felt like nothing to lose, I decided to pursue a secondary surgeon and head to London to get the nerve removed.

It sounds a bit extreme but being injured comes with the 5 stages of grief, that’s why it is so important to have support around you, especially in your workplace as you need someone to keep you on track when you are being driven down by emotion. I’m so lucky in that respect as my director Chris and physio Martin were really supportive, and we worked together to turn things around.

If I can offer any sound advice from my ramblings it’s to make yourself a clear plan that has some flexibility and realism, so that no one is second guessing anything whilst you’re on your journey. There is nothing wrong with being honest and saying you need to step away to get yourself better – I took myself away from the studio altogether, so I wasn’t distracted by what the other dancers were doing, and found help by asking.

For example, when the company were touring, and with permission and support of Chris, he helped me get studio space at the Royal Opera House and I worked with my friend and fantastic coach Jose Martin to help bring me back in a sensible way – it felt positive and realistic stepping away from the pressure of seeing what I was missing out on during that time.

It felt like we were finally starting to get back on track and with a solid plan of action, I made sure that I went into the second surgery as fit as I could be – the better prepared you are before, the greater the result will be the other side.

Jose laid out our plan and we aimed it at ultimate confidence, an injury’s favourite target. It was important to us both that I was strong both in my shoes and in myself. This really is the fight or flight part of getting back, you’ve got rid of the pain but the road still feels long and back to baby ballet seems like a very long leap away from a three act ballet. There were many, many times when frustrated tears would creep in and I thought about throwing in the towel. As you will have gathered by now, rehab is a marathon and not a sprint. When I was getting back to pirouettes for example, I needed to be strong physically but also mentally, as without both you put yourself in danger of getting a secondary injury. Absolute control over technique and being secure and solid from the start means that when back in rehearsals you have no doubts about the basics. That way I could get back into the repertoire and the reason I went through all of this in the first place. Between our daily sessions (sometimes just walking around in pointe shoes getting used to how they felt), a great diet, enough sleep and a fool proof Strength & Conditioning plan I was a woman on a mission.

Cinderella was coming up and I was going to that ball so with the support of my dance partner Luke Schaufuss, who joined me on that crazy journey, we danced a cracking season. I have never felt such a sense of personal achievement dancing the role of Cinderella, before going on to perform Calliope in Elite Syncopations by Sir Kenneth MacMillan and, most recently, the role of Elizabeth Proctor in the world premiere of Helen Pickett’s The Crucible at the Edinburgh International Festival.

It is by no means plain sailing choosing the path of a dancer but I’m in my 13th season now and my body is always complaining about something (needy much) but my point from all of this is that injuries do not make you weaker, if anything they lead you to being a stronger, tougher and way more badass dancer than before.

So let us all erase this notion that it is always weaker dancers that get injured because that’s just bad science. I love all the discussions coming forward now about health in dance and I’m a huge advocate for all the change. I actually feel freer in my dancing than ever before and that is helped by being able to have time off to reflect not in spite of it. 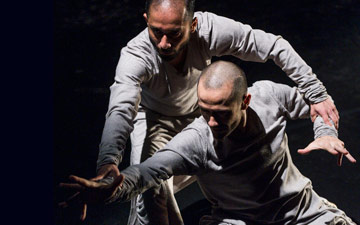 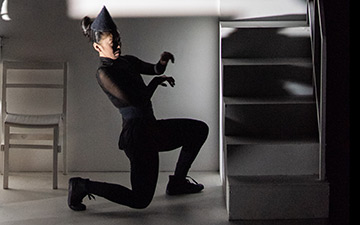