I’m still sorry that Northern Ballet chose to take a bite from its former name back in 2010, chewing off and spitting out the concluding word, “Theatre”, since – for me, at least – it neatly summarised the USP of this excellent – and fast-growing – company. I see no other ensemble presenting ballet theatre with the same consistent strength of expressiveness, a skill in conveying narrative that routinely overlays the dance, nurtured over the many years of David Nixon’s artistic direction. A glance at the company’s repertoire for 2014/15 quickly confirms the vital place of story-telling at the heart of Northern Ballet with Dracula, The Great Gatsby, Cinderella, Wuthering Heights, Peter Pan and – new, next year – Jean-Christophe Maillot’s innovative interpretation of Romeo & Juliet. The Northern Ballet ethos remains firmly enshrined in a trinity of text, music and choreography where each is an equal partner.

This season opened with a revival of Nixon’s adaptation of Bram Stoker’s 1897 novel, first performed in 2005, which introduced Count Dracula to the worlds of literature and entertainment that have remained transfixed by the Transylvanian legend ever since (think Buffy, Twilight, Angel, Being Human, True Blood, The Hunger, all of which trace their antecedents back to Dracula). Nixon has taken a no-nonsense linear approach to the story that appears broadly faithful to the outline of Stoker’s novel. Perhaps the most volatile affectation is the “Terminator”-style prologue which sees a naked Tobias Batley (in the title role) step out of a coffin and walk slowly away from the audience with an intimacy magnified by the tight surroundings of the West Yorkshire Playhouse where the semi-circular auditorium runs down to join an unraised stage floor.

The theatre is well suited to the context of the show, absorbing the audience so completely that those in the front rows were often caught under the glare of the spotlights as if they were part of the drama. And, if I may be allowed to digress into the overall experience of a night out at the West Yorkshire Playhouse, let me add that it is so pleasant to find a theatre with spacious areas for a pre-show and interval drink (not to mention the rare capacity of having enough seats to cope with the number of customers). It is also rare – if not unique – in my experience to be able to enjoy a relaxed after-show drink in the same theatre bar without being hastily shown the exit as soon as the curtain has fallen. They really are a friendly bunch in Yorkshire!

The downside to Nixon’s narrative thoroughness is that there is so much to take in that inevitably some details fall through the cracks. This is particularly so in a plethora of fast-moving scenes comprising an overcrowded landscape in the first act, further complicated by merging actual events with psychological insights. One unfortunate by-product of this cumbersome substance is that some supporting characters are so thinly drawn that it is difficult to differentiate them. A contributory factor is that all eyes are mostly on Batley. His Dracula is a towering presence, subtly portraying the torment between evil and desire; the seducer and the seduced. It is a role that can easily slip into the caricature of “slicked-back-hair-long-teeth-and-cape” but Batley rides the waves of simmering sensuality with a charismatic bravado and brings a surprising sense of empathy to the role.

He is well-matched by Martha Leebolt’s portrayal of Mina Murray and their passionate pas de deux (performed to familiar musical pieces by Arvo Pärt) is such a highlight of a well-paced second act that I was not surprised to discover later that the whole ballet was wrapped around this duet, which was Nixon’s starting point into the work. Most of the score is in compositions by the Soviet composer, Alfred Schnittke, who reworked simple tunes into the strangest of sounds (the opening to his Concerto Grosso, which comes at the beginning of Act 1, has the oddest of tones produced by having rubber wedged between piano strings)! This tension between simple tunes and experimental delivery serves as a metaphor to underpin the struggles between good and evil, seduction and rejection, love and death, which sustain the emotional passion of this timeless story. It should be noted that the recorded music was occasionally spoilt through the distortion of being over-amplified.

The mesmerising enchantment of the dazed Jonathan Harker (Ashley Dixon) by the three brides of Dracula (Hannah Bateman, Rachael Gillespie and Jessica Morgan) should have come stamped with a health warning for those with weak hearts; Pippa Moore memorably captured the melodramatic pathos in the tragic figure of Lucy Westenra and – a new name to me – Kevin Poeung provided a riveting account of the troubled mental patient, Renfield.

This is a strong company throughout and the news of its continued regeneration and growth (13 new recruits for 2014/15, taking the overall strength up to 46 dancers, a net increase of six) is very welcome. The facilities in the impressive Quarry Hill HQ that Northern shares with Phoenix Dance Theatre – just a stone’s throw from this theatre – are exceptional. On my day trip to Leeds, I gained a strong sense of a company that has weathered the recession well to emerge in even better shape, holding firm to a robust corporate and cultural vision, which is still very much centred around achieving clarity in interpretive ballet theatre; even if it no longer says so “on the tin”! 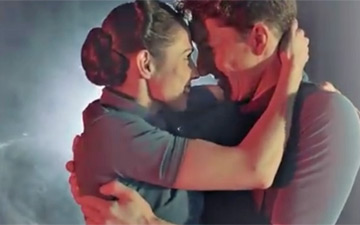 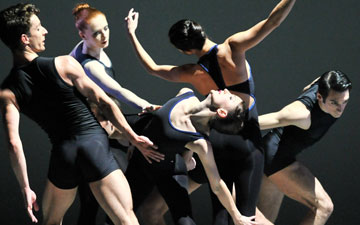