It is somewhat extraordinary that Anthony Dowell’s staging of Swan Lake is almost thirty years old, given the amount of reservations and mixed feelings it still elicits.

The transposition of the original storyline to the epoch in which the definitive version of the ballet was created (1895) remains as indigestible today as it was in 1987, and so is the way some significant dramaturgic solutions have been tampered with. True, few other ballets boast as dramaturgically unstable a plot as Swan Lake, but amidst many incongruities are also great theatrical solutions that speak volumes about the craft of nineteenth-century theatre making – solutions that ought to be carefully handled. Take for instance the Act One episode of the Queen Mother presenting Siegfried with a crossbow. In the mind of the ballet’s creators, the scene was of particular significance, as the Queen symbolises the social and moral constraints the Romantics rebelled against. By making her present Siegfried with a crossbow, the ballet’s original creators wished to develop a theatrically meaningful situation, for the woman who requires her son to safeguard the old order and its stale principles is the same who gives him the object that will lead to the subversion of that order and the unfolding of the drama. Remove that episode, as it is removed in Dowell’s 1987 version and a great chunk of narrative symbolism goes to the dogs. What we get, instead, is Siegfried and his chums snatching the ever-so-important and not-easily-dispensable crossbows (even Odette’s mime refers to them later on) from the two royal guards. Which complicates things even more, as it is unlikely that Imperial Russian guards carried such old fashioned weapons – even though in 1987 it was claimed that crossbows did appear in late nineteenth-century Russia as ornamental accessories to the guards’ uniforms – an argument that does not hold, as ‘ornaments’ are useless when it comes to hunting birds.

Similarly, it remains painfully unclear why all the swan maidens should parade in shredded tutus reminiscent of late 80s disco gowns, when the ballerina retains her standard ‘swan’ attire. After all, the whole ballet draws upon notions of optical illusion – a theme that was highly popular in literature and the arts of that time. I am not just referring here to the confusing likeness between Odette and Odile here, but to other instances that were cleverly created both to reinforce and justify Siegfried’s visual deception. The young prince, for instance, is so besotted with the image of his beloved Odette, that he is incapable of distinguishing among the six princesses his mother invited to the ball, and who are thus appropriately presented on stage as identical. Later on, in the final act, he frantically searches for Odette among her would-be identical peers, confused by sorrow and remorse – a rather poignant moment that loses all its pathos in Dowell’s version because of the distinctive differences in costume mentioned above.

Alas, these cracks have become more and more evident with time. As is often the case with productions that are re-staged more or less routinely, attention to detail has also waned dramatically, with dire consequences for the few good traits this production stood out for.

On the opening night of the current run, a few annoying liberties left many wondering about the state of the Lake. Never before I have seen the six princesses behave like chorus girls from a third-rate cabaret – indulging in some allegedly comic tarty flirting and pushing each other away. I also wish the antics of the two chaperones who look after the Act One pas de trois, characterised here as pupils of the Russian Imperial Ballet school, had been more dramaturgically appropriate and less reminiscent of Edina and Patsy in Absolutely Fabulous. The same could be said about most of the mime roles and walk-on parts, as there was a tendency either to overdo every movement or keep fidgeting all the time – something that excellent mime artists such as Gary Avis (Rothbart) and Genesia Rosato, the Queen Mother, needn’t do. Luckily the dancing was first class, with the corps in great shape and the swans (shredded tutus notwithstanding) looking as ballet swans should. Laura Morera and Ricardo Cervera, in the Neapolitan dance, dazzled the audience with a perfect combination of speed, panache and style, thus proving that somewhere in today’s ballet world, fast-paced neat footwork is still a reality.

As for the principals, Marianela Nuñez, who replaced an injured Sarah Lamb as Odette/Odile, confirmed her indisputable supremacy as the ideal 21st century interpreter of the classic. Her rendition of Odette’s sadness and fear is something that should be recorded for posterity. So is the powerfully elegant display of bravura of her Odile, even though she too played a tad too much with the seduction mime, dangerously edging, at times, on the vulgar side. Next to her, Carlos Acosta gave a memorably full-bodied interpretation of Siegfried, and I wish more gentlemen in today’s ballet world had his amazing plié. Rumour has it that a new production will soon be on the way. One can only hope that whoever will be responsible for it will also have the good sense to take into account factors such as performance tradition, history and the cultural/artistic context of 1895. Fingers crossed…

Giannandrea Poesio is the Director of the Research Institute for Media, Arts and Performance at the University of Bedfordshire and a free-lance dance critic. He works as historical consultant and reconstructor for several ballet, opera and drama companies and is the author of To and by Enrico Cecchetti (2010), a critical investigation of unpublished materials relating to the famous Italian dancer and pedagogue.

Sadly Giannandrea passed away in February 2017. He was always such enormous fun and wore his deep knowledge of the art with a delightful mixture of ease and panache. 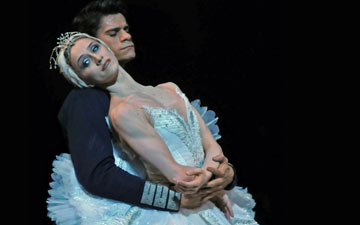 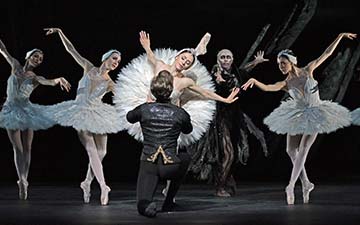 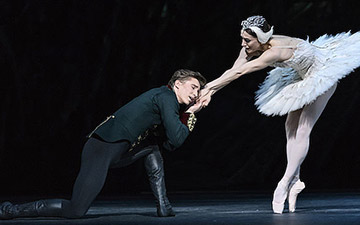 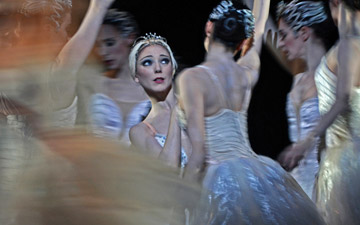