One of Cuba’s great ballet exports, José Manuel Carreño exemplified the power and elegance of Cuban dance over a stage career that lasted more than twenty years. Now the artistic director of Silicon Valley Ballet in San Jose, California, he has turned his passion towards developing young dancers and furthering the cultural connections between the two countries he calls home.

Trained at the Provincial School of Ballet and the Cuban National Ballet School, Carreño won the Grand Prix at the International Ballet Competition in Jackson, Mississippi, in 1990 and joined the English National Ballet as a principal before moving to the Royal Ballet. In 1995 he found a permanent artistic home at American Ballet Theatre (ABT), adding an array of Balanchine and contemporary roles to a classical repertoire that ranged from Bluebird and Acteon to Albrecht and a spectacular Basilio. He danced Siegfried for his 2011 retirement performance, partnering Julie Kent as Odette and Gillian Murphy as Odile – a chivalrous danseur noble till his final curtain call at the Met.

All along, Carreño maintained strong ties with his native country and its ballet establishment, most notably with Alicia Alonso. Cuba’s prima ballerina assoluta continues to mentor him at Silicon Valley Ballet (formerly Ballet San Jose), where he is in the final year of a three-year contract. That relationship bore special fruit this October, when SVB became the first American company to perform Alonso’s lush signature version of Giselle.

After half a century of mutual hostility and a punitive American embargo, relations between Cuba and the United States are finally beginning to warm. Long-dimmed hopes for free cultural exchange are also flickering back to life. By phone between rehearsals, Carreño shared his eagerness for more balletic collaborations and greater fulfillment for both the Cuban National Ballet and the people of Cuba.

This interview has been lightly edited for clarity.

What is the status of the relationship between the US and Cuba, and even Europe and Cuba?

It’s a lot of changes. There are a lot of papers that need to be signed. It’s a matter of time to actually make it official with [ending] the embargo. I believe the amount of visas for cultural exchange have been increasing, and that’s a good sign.

What do you foresee happening with Cuban ballet as things open up more? Some dancers say their technique becomes more well-rounded when they leave Cuba, and others have said that the training there would really benefit from outside influences.

I definitely feel it would be very good for Cuba to open up. That means [Cuban dancers] would get another perspective. Other teachers, other choreographers; all these things bring improvement. That’s what I did with my career. I did my whole schooling in Cuba, and then I went to London and ABT. But I will always be Cuban. I was born there, I grew up there. A lot of people say, ‘You don’t look one hundred percent Cuban.’ I say, I’m one hundred percent Cuban, but I feel like I’m enriched from all the other cultures and companies. It’s like when you come to school and you learn five languages, you can communicate with everyone. It feels very rich.

Cuban training produces particular strengths and a particular style. Do you worry that when other influences arrive, the style might get diluted?

I don’t think so. The Cuban school is really strong. Nobody is perfect – they have so many good things, and they have some bad things that I don’t like. I think all this [influx] would create an improvement. People would come more to the island, to improve the school, to improve the culture.

When you’re talking to dancers who are based in Cuba, is there anything they say they lack, or wish they had more of from the outside ballet world?

I think so. I believe we all need that. I think we need to be nurtured from different cultures. That makes you good, gives you more knowledge, makes you a better person. When I see a dancer that only wants to do Don Q or Corsaire, it limits them. You want to do everything. You want to do Prokofiev, you want to do Giselle, you mainly want to do Balanchine. You want to do Twyla Tharp. This is always what I wanted to accomplish in my career, to do as much as I can. I always say yes, I have been lucky, in a way, to be in all these companies and to be working with all these great choreographers. I don’t think for a dancer there can be anything else better than that. To be able to dance any kind of part. I think that will be good for Cuba, to see all the people coming there and dancing. Even more, to bring people there to choreograph and teach.

You know Alicia Alonso well. I know that you can’t speak for her, but I wonder how she and other people in authority there feel about this. They have allowed some dancers, like you and Carlos Acosta, to go back and forth, but generally dancers can’t just leave.

I think the dancers are probably excited about things opening up. In my time, a few people went out. But I don’t know. You have to…I always say you have to put two feet on the ground. Some people don’t see how far they can go, how good they are. A lot of dancers left Cuba, the professional company there, and they ended up, what, working at Home Depot [an American hardware chain store]. If you want freedom, you want freedom. But you’re not a good dancer then. I have seen a lot of good dancers who left the National Ballet of Cuba to be working in a hotel. I have nothing against that, but it’s not what you were trained for, it’s not what you were looking for.

But if they leave because they want freedom, and there aren’t enough ballet opportunities in Europe or the States, what choice do they have?

I’m the type that, if you want to go, just go. You’re trying to…you’re looking for luck in another company. That is an issue of freedom, to have the freedom of going or staying.

It suggests that living in a freer society is more important to them than having a ballet career. If you had it all to do over again, and you could either stay in Cuba and be one of the best dancers Cuba ever had or leave and live freely but sacrifice your ballet career, which would you have chosen?

I always wanted to be an international dancer. And that’s what I went for.

But had that not worked out, would you have rather returned to Cuba and been a dancer there, or stayed in the States and not had a dance career?

I think somehow I would have made it happen. I will say probably I was lucky that in the 1990s, in my time, we started having that possibility of going abroad, to work outside without defecting. Like I was saying in the beginning, a bit of luck in my career.

Definitely luck – you were in the right place at the right time – and you had the talent to fulfill the opportunity. Not everybody has that.

That’s a good phrase. It’s a matter of being in the right time and the right place. It just happened to me with this Giselle. I’ve been working [toward SVB performing it] for the past year and a half, and everything happened at the right time, with the embargo. It’s not that I was predicting that, it just happened.

It is amazing how luck favors the well prepared.

And I’m very, very lucky to be the first company in the United States that can bring this collaboration with the National Ballet of Cuba.

You’re in an opportune position because you’ve maintained positive relationships with Alicia and other people in Cuba. You’re almost an ambassador in a way. You can facilitate things with them.

How is that going to continue for you and Silicon Valley Ballet?

I read that you are hoping to take SVB to the 2016 International Ballet Festival in Havana [a biennial festival that attracts ballet stars from around the world].

We have been invited to the festival – first you need to be invited. We are working on accomplishing that for next year. I did it in 2010, I went there with ABT and danced there. I’m feeling, like you say, like an ambassador. I feel like I am building bridges between this country and the island, Cuba.

Do you work with other well-known Cuban dancers who are in the West, like Lorena Feijoo and Carlos Acosta?

I do have a great relationship with all of them. When I came [to SVB] three years ago, I put together a gala, it was my welcome into the company. A lot of dancers like Taras [Domitro], Joan [Boada], Lorena, Lorna [Feijoo], they all came and performed. I have a very good relationship with all of them – Carlos, you name it. It’s a small world, and we all come from the same school. That’s a good thing about Cuba – in Russia you have many schools, but in Cuba we all go through the same filter. [laughs]

We’ve centered our conversation on ballet, but ballet is just a small part of what Cuba is about. What might the opening of relations with the United States mean to the people of Cuba overall?

I think it’s going to be a great thing. I am a big fan of freedom. Everything is going to open up for good. Who wants to stay, stay; who wants to go, go. Try a different perspective.

For people who want to stay in Cuba, how do you think their lives might improve?

I still have family in Cuba, and I am going back and forth pretty much every year. I’ve seen improvement already. They start having private stuff, private houses. Those are improvements we couldn’t see five or ten years ago. Everything – everything – was run by the government. Now you see more people with another kind of life. Maybe it’s not changing very fast, but every year I go I see more stuff open up. Everything is getting colorful. I always have a picture of Havana as black and white. But I think we are starting to get some color there.

Thank you for sharing your perspective, José. 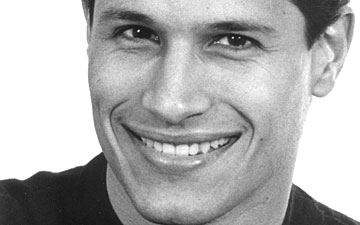 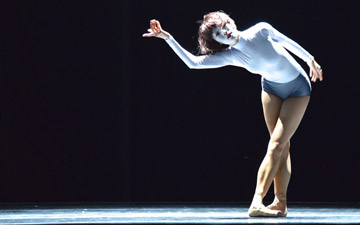