What’s going on in the head office at the Mariinsky Ballet? A program like tonight’s, the second of four “Tribute to Maya Plisetskaya” evenings at the Brooklyn Academy of Music, makes you wonder. (The company is concurrently performing Raymonda in Washington, DC.) What was billed as a tribute to the great Bolshoi ballerina, who died last year, turned out to be an unremarkable evening of ballet excerpts, selected with little thought or logic. The connection to Plisetskaya seemed tenuous at best; in fact, the role of Giselle, represented here by pas de deux, was one of the very few in the classical canon that Plisetskaya never danced. The photographs projected onto a scrim before each excerpt were all of other dancers: Anna Pavlova, Vaslav Nijinsky, Enrico Cecchetti.

If anything, the evening was more of a tribute to Uliana Lopatkina, possibly the company’s most revered principal dancer, and to the early twentieth-century choreographer Michel Fokine. Tall, majestic, and inscrutable, with an impossibly slender, elongated frame and arms that move with the billowing lightness of smoke, Lopatkina is a superb specimen of that already exquisite species known as the ballerina. She appeared in no less than five excerpts, always with the same remote half-smile and veiled eyes, like a queen on a quick visit from a far-off, and no doubt splendid, kingdom.

The problem is that none of the excerpts seemed to move her in any way. She began with the “Russian dance” from Swan Lake, adapted by Lopatkina herself. The Russian headdress was beautiful, but the steps consisted mainly of delicate bourrées, enigmatic glances, and little heel-toe moves. (The music, performed by the lustrous-sounding Mariinsky Orchestra under the baton of Alexei Repnikov, was admittedly a high point. Bravo to the violin soloist, alas not identified in the program.)

Later, Lopatkina joined Roman Belyakov in a pas de deux by John Neumeier, Pavlova and Cecchetti, a kind of ersatz ballet lesson (set, incongruously to the exquisite entr’acte music from Sleeping Beauty) whose main point seemed to be the display of her magnificent insteps. She returned for the waltz from Michel Fokine’s Chopiniana, danced at a glacial tempo, reverently partnered by the handsome Andrey Ermakov. The pas de deux from Firebird (also by Fokine), was marred by cartoonish acting by Ermakov. His reaction to the offer of the firebird’s magic feather – a wide-eyed stare, as if to say, “my, my, what’s this?” – definitely broke the mood, already fragile. Lopatkina’s remarkably spare, meditative performance of The Dying Swan, which closed the evening, came as a huge relief.

In between were interspersed other pas de deux, seemingly ad hoc: Fokine’s Art Nouveau-inspired Le Spectre de la Rose, danced by Maria Shirinkina and the usually exemplary Vladimir Shklyarov, looking atypically off his game. The “Bluebird” pas de deux from Sleeping Beauty, also at an exceedingly slow tempo. This, to allow the soloist, Valeria Martinuk, extra time to show her impressive balance and high leg lifts. (But where was the charm?) The sexy pas de deux for Zobéide and the Golden Slave from Fokine’s Sheherazade, never subtle, was an orgy of caresses and exotic poses. And then, out of nowhere, the second act pas de deux from Giselle, impeccably danced by Shklyarov and Shirinkina.

But what’s the point of a program like this, so like that of the many ballet galas that blow through town? The Mariinsky is a storied company; it has produced some of the greatest dancers, and many of the greatest works, in ballet. It deserves better, and so does its New York audience. 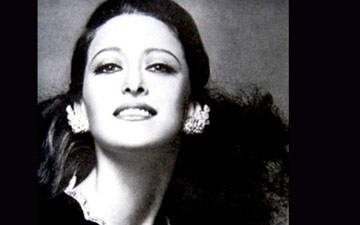