Because the first two acts of Kenneth MacMillan’s 1971 Anastasia are prequels to the third (made in 1967), they could do with an explanatory prologue. We need to be shown that we will be watching the false ‘recovered’ memories of a woman in a mental asylum. A synopsis and programme notes are not enough.

At the time MacMillan created the ballet, there was still the (remote) possibility that the disturbed woman really was Anastasia, youngest of Tsar Nicholas II’s four daughters. The Imperial family had been murdered in 1918 by Bolshevik revolutionaries, but there were persistent rumours that one or more of them might have escaped. The most plausible of the many imposters was a woman known as Anna Anderson, whose claim to be Anastasia was taken up by exiled White Russians and other supporters. Her fabricated story was made into an ‘autobiography’, a play, films, an opera – and MacMillan’s ballet.

We now know through DNA testing that Anna Anderson was a Polish peasant, Franziska Schanzkowska, who went along with the deceit while spending much of her life in and out of asylums. Although MacMillan had wanted Anna’s dramatic story to be true, the last act of his ballet has to be seen as a traumatised woman’s struggle to assert her identity. She is living a nightmare, restrained by nurses and beleaguered by visitors assessing or rejecting her. The first two acts thus become a concocted fantasy, prompted by other people’s memories, photographs, newsreels and home movies of the Romanov family and their entourage.

In this revival, the ballet begins with the solitary figure of a crop-haired woman in a grey shift watching black-and-white film footage projected at an angle. Her brief appearance has to serve as the prologue MacMillan did not provide. When the scrim lifts, the Imperial family is shown enjoying a picnic on board the royal yacht, along with naval officers and the ever-present black figure of the monk Rasputin. Bob Crowley’s minimalist set features a golden ship’s funnel with a suggestion of a sail (on which the film was projected). Wooden planks, here the deck of the yacht, will appear in later acts as a memory motif. The scene is bathed in a golden glow, the sea twinkling in the dark distance.

The set is in fact a three-sided grey box, with multiple doors through which characters enter and exit. The sides are not visible from every seat in the house, and new spectators have yet to learn that the box will be revealed in Act III as Anna’s asylum cell. The early scenes are taking place in her imagination.

Not much happens in the first act, set in 1914, other than to establish relationships between the main characters and present opportunities for dancing. Tchaikovsky’s First Symphony provides a suitably nostalgic atmosphere for the privileged gathering, though the music doesn’t lend itself easily to show-off solos and quartets for energetic officers. The wistful Russian folksong at its heart inspires a charming dance for vital young Anastasia and her elegant Empress mother (Christina Arestis). Natalia Osipova as Anastasia looks like Leslie Caron in Gigi in her straw hat and sailor collar, less decorous than her older sisters. She dances exuberantly after her precipitous entry on roller skates, so buoyant that groups of officers hurl her into the air like a plaything. Her sister grand duchesses (Olivia Cowley, Beatriz Stix-Brunell and Yasmine Naghdi) are undifferentiated, sweetly though they dance together and pose for their father’s family snaps.

The idyllic setting is disrupted by the stumble of the little Tsarevitch, haemophiliac heir to the throne. Rory Toms (who has also appeared in The Winter’s Tale) is convincingly impish and indulged, seemingly restored to health by Rasputin. The pious monk (Thiago Soares) is evidently trusted by all the family, thanks to his miraculous healing powers. He lifts the women in turn and cradles the Tsarevtich. All seems to be well, until a telegram is delivered proclaiming that war has been declared. The fun-loving sailors depart, to reappear in battle dress once the Tsar and Tsarina have expressed their concern in an elegiac duet. The family bid farewell to the Tsar at the head of his troops, with Anastasia dashing in too late to join them. She is alone, as she will be later.

In Act II, set in 1917, formal court festivities celebrate the coming-out of Anastasia. It’s a fairy tale, of course, with Anastasia as Aurora. Her parents have overlooked the uninvited forces outside the Winter Palace who will put them all to sleep for ever.  Chandeliers appear to swing over the ballroom floor like Orthodox Church censers. Wooden planks rise up behind the dancers, restricting their swirling patterns in folk-influenced polonaises. The guests wear traditional Russian costumes, the women with kokoshnik headdresses and the men in full dress uniform. Their national dances are reminiscent of those in Swan Lake Act III.

The resemblance to a Petipa ballroom scene is heightened by the inclusion of a grand pas de deux, even though Tchaikovsky’s Third Symphony was not written to accommodate one.  The pretext is an entertainment laid on by the Tsar, involving his former mistress, Imperial ballerina Mathilde Kschessinska (Marianela Nunez) and an unnamed partner  (evidently not Nijinsky in Federico Bonelli’s uncomfortable performance). The only classical pas de deux in the three-act ballet, it is fiendishly difficult, with deliberately off-centred poses and inward-turning pirouettes. Even glamorous Nunez was less sparkling than usual.

Anastasia is sidelined at the party in her honour, though Osipova made the most of her brief, wonderstruck solo. She is haunted by the lurking presence of Rasputin, who intrudes on her dances with admirers. The main one is an officer (Edward Watson) she first met on board the royal yacht. Rasputin, who was in fact dead by 1917, also haunts the encounters between the Tsar, his ex-mistress and the uneasy Tsarina. Anastasia watches her parents’ intrigues with dawning awareness of the complexities of adult life. Insecure, she reverts to childish behaviour, tucking her wrists into her armpits like a fledgling bird.

The festivities are temporarily obscured by the descent of a tempestuous drop cloth, before which poverty-stricken peasants gather round a soup kitchen. They are roused to action by a whirlwind of an agitator (Vincenzo di Primo on the opening night). The implausibility of this scene and of the revolutionaries’ storming of the palace could just about be attributed to Anna Anderson’s false memory, to be charitable.

Both acts are so subdued by the requirement to make them unreliable fantasies that they are reduced to tedium. Misty, dappled lighting  (by John B. Read), emphasising the darkness at the back of the set – and in Anna’s head – obscures faces and figures seen from a distance. Though the choreography is fascinating in the range of steps and styles, it’s hard to care about the characters performing the dances, other than Anastasia herself. Osipova blazes her way through by sheer force of personality and the distinctive use of her flamboyant wrists and highly arched feet (in very soft pointe shoes).

She is utterly compelling in Act III, in which she fights, as Anna Anderson, for recognition as a person who matters, who is no longer a victim. Seated on her asylum bed, she is confronted by strangers she cannot trust. Her only certainties are the wooden planks beneath her feet and the familiar palms of her hands.  She is ‘reminded’ of her past by the fragments of film that were shown at the start of the ballet, reacting when the real Anastasia’s face is frozen on the screen.

Her uncertain steps, tracing the floorboards, are physical echoes of Anastasia’s roller-skating and the Tsarevitch’s hesitant recovery. Anna’s supposed story is told in flashbacks: her family’s massacre by soldiers, her rescue by peasants, one of whom (Watson) she marries. She confounds him with Rasputin, who sometimes seems her protector, at others a sinister manipulator, hauling her around. He is shown splaying the legs of the little Tsarevitch like a puppet in his control – a distressingly suggestive passage. Anna has a child who dies in her arms, and is taken from her by nurses. She sees her loyal husband being shot by soldiers: once again, she is the sole, traumatised survivor.

Osipova’s expressive body registers her shuddering dismay. She veers between anguished recall of her beloved family and her resentment of so-called relatives who try to claim or reject her. She pushes them and her memories away, running in an increasing frenzy around the bare stage. Distraught, she scrabbles on the floor as though swimming or drowning. Though her movements are convulsive, Osipova remains, as Giselle does in her madness, a dancer, not a lunatic. Her self-belief is revealed in how assertively she dances, enabling her to rediscover an identity. At the end, she tours the stage in her bed, a defiant figurehead floating above a sea of troubles.

Laura Morera’s interpretation in the Saturday matinee (another debut) was more vulnerable – and more heart-rending.  Her Anna is at the mercy of her memories or delusions, reliving them afresh each time. Her body reacts involuntarily, her eyes glazed with horror; she’s overtaken by the choreography rather than executing it. You don’t notice what she’s doing so much as why she’s impelled to move the way she does. Supremely touching is her conviction at the end that her family, the Imperial family, has acknowledged her, giving her the confidence to believe that she was much loved. Her Anna has retrieved her sanity, at a terrible price.

The last act redeems the production. We learn more about the characters in the final 40 minutes than in the two preceding acts. They have served mainly as figments of Anna’s illusionary past: what concerns us most is her present struggle with reality. Act III can stand alone: the Royal Ballet and English National Ballet have performed it in the past as part of a mixed bill. In trying to justify the first two acts as imagined memories, the production confounds the audience’s willingness to suspend its disbelief for much of the ballet. Mayerling, MacMillan’s later account of a doomed imperial dynasty, grips us in spite of its flaws: Anastasia does not, unless a superb dance-actress can persuade us that the last act is worth the wait. 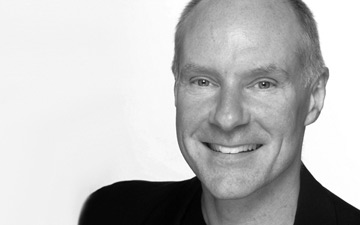 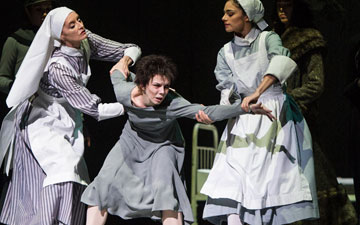