David Wall, member of The Royal Ballet and English National Ballet, sadly died on 18 June 2013 – he was 67.

This page will draw together links and obituaries as they emerge.

If you want to know what made David Wall so very special read Jane Simpson’s Legends piece on him: David Wall – Legend (Balletco, 1997)

“Everyone associated with The Royal Ballet, past and present, is deeply saddened by the death of David Wall. He was a truly exceptional artist and star of The Royal Ballet and one of its greatest dance actors. A fine classical dancer and a consummate partner, he possessed a dramatic intensity that allowed him to dance and create a huge variety of roles, all with equal success. It was these gifts that led Kenneth MacMillan to create the role of the manipulative and calculating Lescaut for him in Manon in 1974 and then, in 1978, the ground breaking role of Crown Prince Rudolf in Mayerling which is, to this day, the most challenging male role in The Royal Ballet’s repertoire. It was an unforgettable experience for all us who saw him perform it.

David was a wonderful role model for all young male dancers of the generation that followed him and on his retirement from the stage he became an inspirational teacher and coach, committed to passing on his knowledge and experience, especially in so many of the roles he had made his own.

He will be sorely missed and our thoughts are with his wife Alfreda, former Principal Dancer with The Royal Ballet, and his family.”

In July 2007 English National Ballet said a sad but very fond farewell to Principal Repetiteur David Wall who retired after the Company’s performances of Swan Lake at the Palace of Versailles. David had been with us since 1995 when he accepted an invitation to join the ballet staff and he was a constant and reassuring presence for the dancers. He took morning class and daily rehearsals but the real focus of his work, and the area in which he excelled, was in coaching and preparing dancers for the leading roles of the classical repertoire, all of which he had danced.

David was one of the most talented dancers of his generation and had a long and very successful career with The Royal Ballet. He won the Evening Standard Award for Outstanding Achievement in Dance in 1977 and is remembered for the particular energy of his performances. David’s interest in teaching began towards the end of his performing career when he started coaching younger dancers. One of the first roles he danced, the title role in Ninette de Valois’ The Rakes Progress, challenged him to develop his interpretative skills and this informed his later work as both performer and teacher. As ballet master he was naturally empathetic and encouraged English National Ballet’s dancers to find character and motivation in the choreography, always looking for a performance that offered more than just strong technique or sure partnering.

David’s own first dance steps were taken at Primary School where Ballroom dancing was compulsory; his teacher guided him towards ballet classes and at age 10 he went to the Royal Ballet School’s White Lodge. He continued through the Senior School and in 1963 was taken into The Royal Ballet touring company where he made rapid progress: David partnered Margot Fonteyn for the first time when he was just 17 and his first leading roles were as the Boy in Kenneth MacMillan’s The Invitation and the Young Man in Ashton’s Les Deux Pigeons, which he danced with his future wife Alfreda Thorogood. While still in the corps de ballet he danced Prince Siegfried and David was soon promoted to become the youngest male principal in The Royal Ballet’s history.

In the course of his career David danced with many great ballerinas – he and Doreen Wells became the star couple of the touring company and he continued to partner Margot Fonteyn in performances all around the world. When he transferred to Covent Garden as a principal he danced with Merle Park, Lynn Seymour and Jennifer Penney and proved himself again as one of the country’s leading male dancers in a range of new roles. Fans will have their own special memories of David – Colas in La Fille mal gardee, Albrecht in Giselle or as a passionate Romeo – but it was Kenneth MacMillan who created two especially memorable roles on him, the first when he cast David as Lescaut in Manon. This strong and complex character is at the dark heart of the story and in his portrayal David made full use of the interpretative skills which by now defined his performances.

In 1978 MacMillan gave him perhaps the greatest role of his career as Crown Prince Rudolph in Mayerling. In this he partnered Lynn Seymour, MacMillan’s muse and a dramatic dancer with whom David had a remarkable on-stage rapport. Of all the roles he played, Rudolf was probably the most challenging – it was emotionally and physically exhausting for the dancer (comments echoed by others in the role) but his performances were always mesmerising for the audience.

David retired from dancing in 1984 (too soon for many) and began to teach. He travelled to New Zealand for a Royal Academy of Dancing summer school and not long after joined the RAD as Associate Director and then Director and General Secretary. He left the RAD in 1991 and was in demand as a freelance teacher and guest repetiteur all around the world, work he continued while with English National Ballet. He has staged Mayerling for the Hungarian Ballet (and also coached The Royal Ballet); Manon for the Royal Danish Ballet and in 2005 he and Alfreda were instrumental in staging MacMillan’s The Sleeping Beauty for English National Ballet.

Not all dancers are able to transfer their skills to teaching, nor take to it with such ease and so little regret, but David did and he became a much-loved ballet master. David joined English National Ballet as Ballet Master in 1995 because he found it a creative, hardworking Company with a common sense of purpose and a closeness that reminded him of his early days in the touring company. He said he looked back on his years with us as ‘happy times’ and remembers especially the challenges of staging our large-scale productions at the Royal Albert Hall! 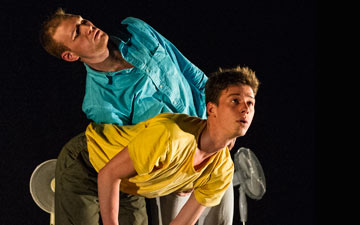 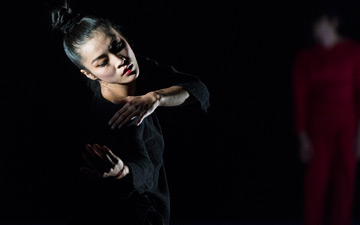 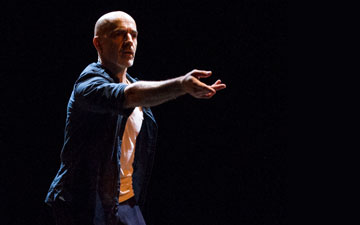