Latitude, the summer festival for people who don’t like rolling around in the mud, is back in sunny Southwold for a ninth year of tent-based live music and performance. Justly proud of its reputation as “more than a music festival”, Latitude serves up an urbane menu of comedy, dramatic theatre, cabaret, literature and dance alongside its music stage headliners – and this year promises a variety of delights for dance-lovers.

Although the title of this year’s festival arts programme is Secrets, dance at Latitude is far from hidden away on the dramatic Waterfront Stage. Dance companies attending Latitude this year can expect to perform to hundreds of people at a time, including both fans and dance newcomers passing by the central location of the stage. Sadler’s Wells is a Latitude partner for the seventh year running, and is sending work by two of its Associate Artists.

Wayne McGregor | Random Dance will perform Atomos (review), McGregor’s 2013 piece about indivisible structures and the atomisation of bodies. It will be interesting to see how the piece translates to an outdoor setting, and what the Latitude crowd makes of Random’s ten superhuman dancers.

They’ll be joined over the weekend by the second year of the National Youth Dance Company (NYDC), performing a restaged excerpt of Vertical Road by guest artistic director Akram Khan, winner of a Critic’s Circle National Dance Award for Best Modern Choreography in 2011. The performers of the NYDC impressed last year with their inaugural tour under the direction of Jasmin Vardimon (review); watching the company as it develops is sure to be one of this summer’s highlights.

Bringing a touch of tutu to the Waterfront stage is the English National Ballet – details are still to be announced but with Romeo and Juliet and Coppélia both in ENB’s summer programme there’s a fair chance of doomed romance and clockwork dollies. Young choreographer James Cousins, who won the inaugural New Adventures Choreographer Award back in 2012, will also bring a new production to Latitude.

Latitude’s family-friendly atmosphere and inventive programming has the capacity to bring new audiences to both contemporary and classical dance. Sadler’s Wells Artistic Director Alistair Spalding is delighted to be back at Latitude, saying, “Latitude Festival continues to provide us with a platform to present dance to new audiences, many of whom are seeing dance for the first time.”

Other highlights of Latitude 2014 are set to include performances by the West End cast of Dirty Dancing, a total of ten arts tents and spaces including poetry, comedy, cabaret and film, and (if you still have the energy) a series of lively dance workshops hosted by Ipswich’s Dance East.  We heard there might be some music playing too. Pull on your (purely decorative) wellies and catch it all from Thursday 17th to Sunday 20th July 2014 in Henham Park, Suffolk. 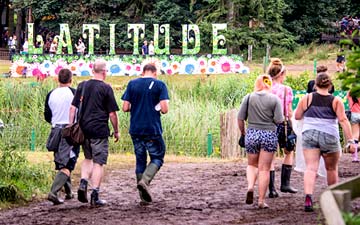 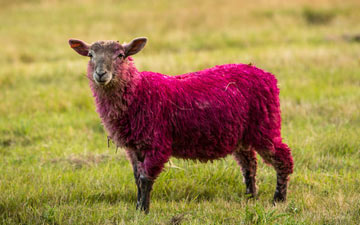