Who is Giselle? Each dancer of the role has to make up her own mind, while conforming (or not, in some cases) to the production in which she is appearing. So when Sarah Lamb was required at short notice to replace injured Natalia Osipova at the start of this season’s run of Giselles, she gave a very different account from Osipova’s.

Surprisingly, for an established principal dancer, Lamb has danced the role only a handful of times since joining the Royal Ballet in 2004. She had a few performances with Steven McRae in 2014 and was scheduled for just one with Ryoichi Hirano this time round. She and Matthew Golding, making his Royal Ballet debut as Albrecht, had to adjust to each other with very little preparation time.

It was a fine performance from both of them, if disappointing for those who had anticipated seeing Osipova’s very personal interpretation of the village girl doomed to become a Wili. Lamb’s Giselle is a fragile, obedient daughter, overprotected by her dominant mother, Berthe (Kristen McNally). Peter Wright, who has been the director of this production for 30 years, suggests in a programme article that Berthe might have been made pregnant and then abandoned by an aristocrat. McNally’s histrionic mime of warning about the Wilis hints that she could well have become one herself.

Lamb’s Giselle is easily intimidated by Thomas Whitehead’s rough and ready Hilarion, by supercilious Bathilde (Christina Arestis), and by fearsome Myrtha (Tierney Heap), until she finds the strength to defy her fate. In Act I, she’s overawed by Golding’s Albrecht, and pathetically grateful when he (briefly) shows concern over her near-fainting fit. Lamb compensates for her relative lack of elevation by making the most of her graceful line, and by phrasing the choreography as though she is communicating her thoughts and feelings.

Golding, in contrast, displays each step in isolation, as though competing for admiration. He’s not saying anything except ‘Look at me’. The peasants in Act I would surely see through his disguise as one of them, not least because the excellent dancers in the pas de six don’t draw attention to their virtuoso skills. (Where on earth did they acquire them?) Yuhui Choe and Alexander Campbell are a delectable leading couple, with well-matched pairs in Francesca Hayward and Yasmine Naghdi, Marcelino Sambé and Luca Acri. Lamb dances Giselle’s party-piece solo modestly, though very well – a good girl obliging the gentry.

Her mad scene is all the more effective by starting as though she’s a broken porcelain doll, uncomprehending. She retreats into her herself in disbelief at Albrecht’s treachery. Then she realises she’s dying and fights in horror at what’s happening to her body. Her hysteria is so unlike her that it’s hair-raising rather than pitiful: a considerable achievement. All the people who bullied her are helpless, aghast: her mother, Hilarion, Bathilde, the Duke and courtiers. Golding’s arrogant Albrecht reacts in open-mouthed distress, finally realising what he’s done.

The Wilis in Act II are in thrall to Myrtha, beautiful and deadly. Tierney Heap is a flying Fury, devouring the stage in leaps and bourrées. In life, this Myrtha must have been a privileged aristocrat like Bathilde; deprived of her due, she is ruthless in revenge. Lamb’s Giselle is able to resist her only because she is not yet a full-grown Wili. Unlike Osipova, whose Giselle is all but overtaken by her spectral nature, Lamb is still a human wraith. She is bound to Albrecht, supported by him rather than eluding his grasp. Myrtha cannot claim her.

Golding proves himself a considerate partner, though his solo exertions are more concerned with technical display than with simulated exhaustion, always a tricky trade-off. All credit to both of them for well-executed performances, responding sincerely to each other, even if no great emotional heights were reached. Lamb’s Giselle deserves recognition for her subtlety and finesse. 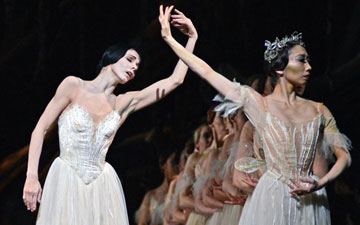 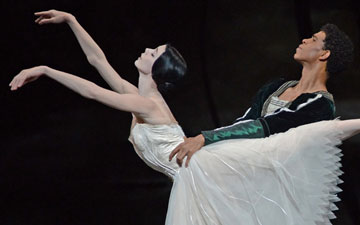 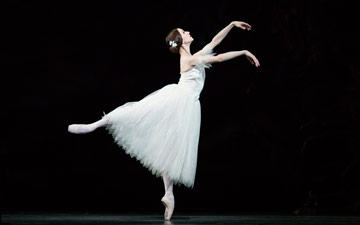 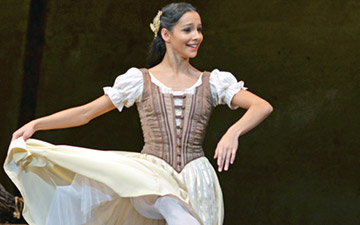