When the Malpaso Dance Company was co-founded five years ago in Cuba by the young dancer and choreographer Osnel Delgado, he and his collaborators requested funding from the government. And when that funding was not forthcoming, Delgado and his co-founders decided to go ahead anyway, and quickly became one of the island’s most prominent self-supporting dance ensembles. That risk-taking attitude has served the company well; two years after its founding, it had a well-received début at the Joyce, and returned again last year. Prominent choreographers such as Trey McIntyre and Ronald K. Brown have made works for them. This week, they appeared for the first time at the Brooklyn Academy of Music in its smaller theatre, the Harvey, presented, once again, by the Joyce.

For the engagement, they brought Dreaming of Lions, by Delgado, the company’s choreographer in residence (and still a dancer). It’s an ambitious work, an hour-long, semi-abstract meditation on Ernest Hemingway’s tale of maritime endurance, The Old Man and the Sea. At the end of Hemingway’s novella, the hero dreams of lions, ergo the title. Hemingway, of course, had longstanding ties with Cuba, and wrote most of the book while living at Finca Vigía, in San Francisco de Paula, about ten miles outside of Havana. The score, a pleasant if somewhat conventional-sounding Afro-Cuban-jazz suite, is by the New York-based composer and band-leader Arturo Farrill, born in Mexico to Cuban parents. (His father, Chico O’Farrill, began as an arranger for Benny Goodman and went on to found the Afro-Cuban Jazz Orchestra.)

Delgado has given himself the role of the Old Man, an aging fisherman who undertakes his final expedition, hoping to catch a giant fish. For his character, Delgado has crafted a series of introspective solos, mostly set to wistful passages for the piano or flute. His fishing boat is a wooden box, on which he sits, balances, or rests his head, as upon a pillow. The vocabulary is sinuous and silkenly loose-jointed, the movements led by a hand or a shoulder. Both he and the rest of the dancers, trained at the National School of Dance, are excellent and strong, with highly individualized personalities. They’re wonderful turners and jumpers, and move with coiled energy channeled into long, legato passages of partnering or folding and unfolding. Dunia Acosta is especially wonderful: tall, fierce, her movements expressive and large-scale.

The dancers come and go, like the tides, or, more specifically, like schools of fish traversing the warm waters off the coast of Cuba. One ingenious movement, a kind of loping crawl that uncannily suggests aquatic locomotion, returns again and again. One never tires of seeing it. These ensembles alternate with pas de deux, many of them performed by dancers of the same sex, their complex partnering seemingly influenced by both the free-form feel of contact improvisation, and the grappling give and take of martial arts, particularly capoeira. Lots of spinning, lunging, and slicing of legs just inches from the partner’s head or torso.

The problem is that after a while, as the duets become less and less distinguishable, the arc of the evening begins to feel formulaic. O’Farrill’s music sets the moods – smoothly melancholic, more bracingly percussive – but it, too, lacks bite or defined character, with frequent lapses into sentimentalism. Also the the dances do little to illuminate the themes of Old Man and the Sea, other than to show a vague sense of longing, beautifully portrayed by Delgado in almost mime-like passages. Perhaps the story is too philosophical to be easily interpreted through dance. However, if one thinks of a work like Martha Graham’s Night Journey, one sees that it is possible.

Of course, if the choreography could carry the piece on its own, this wouldn’t matter. But it doesn’t quite manage the trick. Dreaming of Lions is appealing and sincere, but ultimately disappointing. Hopefully, if the opening of borders between Cuba and the US continues – not a sure thing in the current political climate – the dancers will have more opportunities to channel that beauty of movement and conviction into works that push them it into fresher, more challenging territory.

Here is a short feature on the making of Dreaming of Lions. 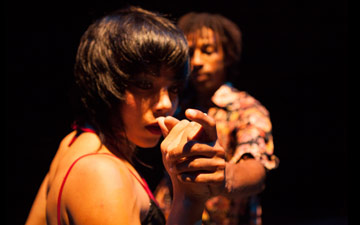 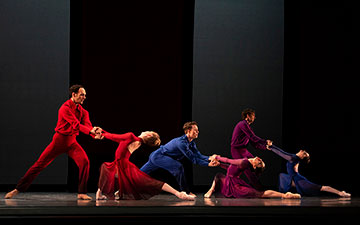 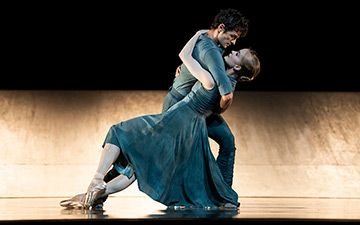