Jonathan Watkins created his dance theatre interpretation of Barry Hines’ novel A Kestrel for a Knave for Sheffield’s Crucible Theatre, in 2014, and he has now revived that work as a film, which premiered at Leeds International Film Festival and was recently aired on BBC4, to celebrate the fiftieth anniversary of Ken Loach’s film, Kes, which was based on Hines’ novel. Hines and Loach collaborated with producer Tony Garnett on the original film’s screenplay.

The plot concerns a fifteen-year-old adolescent growing up in an unspecified Yorkshire town bordered by moorland. He lives in an abusive fatherless environment, sharing a bed with and bullied by an elder half-brother, with a mother who seems to gain her only solace from bringing random men home from the pub to share her own bed. Billy is, in her words, “a hopeless case”, already embarked on a life of senseless petty crime, which is diverted by an interest in falconry, having taken a young kestrel from its nest. The kestrel brings hope and the self-taught acquisition of expert skills. For the first time, Billy is praised at school when he delivers a speech about falconry but all hope is quashed when Billy is asked by his brother to place a bet. Instead, he spends the money on fish and chips and meat for the kestrel; and when the horses win, his incensed brother kills the kestrel in revenge. It is a bleak story set in bleak times. I never liked Kes and it put me off Ken Loach for decades.

It has, however, put me on to Jonathan Watkins since this film is exceptional story-telling in dance, an achievement that must also owe great credit to Ross MacGibbon’s direction. Like Hines, Watkins was born in Barnsley and he grew up closely associating with both the novel and Loach’s film. He has already invested his roots into A Northern Trilogy, made to celebrate the 45th Anniversary of Northern Ballet, in 2015. His treatment of how an Angel came down from Heaven to make the perfect Yorkshire Pudden was unforgettable.

In Watkins’ choreography and MacGibbon’s mastery of camera angles and close-ups the narrative is crystal clear. We see the sibling rivalries and the uneven outcome of the elder brother, Jud’s domination of Billy; we understand the tedium of everyday school life, enlivened only by the chance to play soccer with the domineering teacher who is a frustrated wannabe centre forward; and we experience the desolate existence of the abandoned mother. Above all else, the clarity of Billy’s newfound sense of freedom with the kestrel is absolute, even supported merely by the superimposition of moorland scenes onto a background in the studio (projection designs by Daniel Denton). This achievement of oneness between boy and bird is a collaborative success but much of that credit rests with Rachel Canning’s puppetry for the kestrel in flight, which has a War Horse resonance of artificial reality. The set and costume designs by Ben Stones are excellent representations of a mining community of northern England in the 60s. The bespoke score by Alex Baranowski is also eloquently evocative of time and place and one of the best new scores for dance I have heard in recent times.

This is a production that has excellent performances throughout the cast. Chester Hayes is outstanding as Billy, complete with uneven fringe and a Roy Keane scowl. His main solo with the puppet kestrel was a beautifully performed articulation of the release of pent-up frustrations. Perhaps, if I have a criticism, the narrative was only lightly-flavoured by the bonding process of boy and bird (but then, to be fair, Hines’ novel is set in just one day). Tobias Batley is suitably sullen and joyless as Jud and Kristen McNally superb as the careworn mother. Phil Snowden gives a memorable cameo as the bullying, soccer-playing teacher, Mr Sugden, and Dom Czapski is the empathetic Mr Farthing, the only teacher to recognise Billy’s potential. The penultimate scene of Billy fishing the kestrel’s body from the waste bin, followed by a reprisal of the opening scene of sharing a bed with his bird-killing brother, was suitably harrowing and suggestive of a return to his life as “a hopeless case”. This is a film well worth seeing and one that has rehabilitated my lifelong loathing of Ken Loach’s film. Kes Reimagined can currently be accessed through BBC iPlayer. 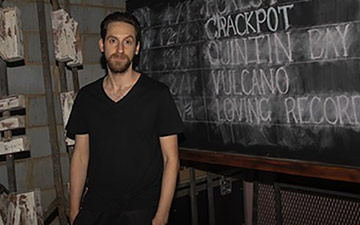 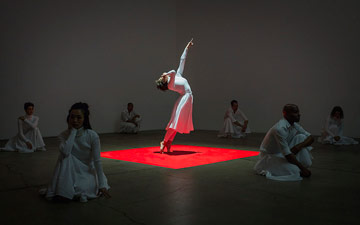