Daniel Arsham is a multi-disciplinary artist who collaborated with Merce Cunningham during the last four years of his life: Arsham was the last and youngest artist to design for the Cunningham company (only 26 when Merce first  commissioned him in 2006). He’s gone on to work with Robert Wilson on performance pieces, while continuing his career as a sculptor, architect, painter and film maker. The small show in London, coinciding with Frieze Art Fair, is Arsham’s first solo exhibition here, though his work has been seen elsewhere in Europe, as well as the United States.

He has collaborated with the dancer-choreographer, Jonah Bokaer, on several projects for museums and galleries. Bokaer danced with the Cunningham company for seven years (2000  – 2007) and now pursues art-related projects. He performed briefly in the Houldsworth Gallery as a prelude to a new collaboration with Arsham in an upcoming art festival in Miami Beach.

Dressed in black, Bokaer was the mobile partner in a duet with a glittering white cast of Arsham. The static figure stands with one arm shielding his eyes: dressed in everyday clothes, the cast, made of glass and resin, is a modern version of a petrified Pompeian. It stands sentinel in the exhibition over casts of industrial relics eroded by ash: moulds of out-of-date cameras, film projector, microphone, radio, telephone. Once used as means of communication, they are made to seem as antique as clay tablets or papyrus scrolls.

Bokaer appeared a live shadow against a white wall of the gallery, a transient memory of the crystallised ghost-statue standing nearby. Bokaer was a remarkable Cunningham dancer, capable of sustaining a balance for longer than seemed humanly possible. Here he froze in a deep backbend, arms raised like a Minotaur’s horns. Then he progressed along the wall, arms angled in motion like the cast’s, until, after an arabesque penchée, he echoed the figure’s pose. Tantalisingly brief, I’d love to see more of Bokaer in action and of Daniel Arsham’s fertile imagination. Photographs of Arsham’s installations and paintings in art books featuring his work are alluring. Since the Merce Cunningham Dance Company no longer exists, we’ll never see Arsham’s designs in performance. But the Cunningham archive of some 150 artworks, including those by Robert Rauschenberg, Jasper Johns and Andy Warhol, is in the collection of the Walker Arts Center in Minneapolis and will eventually be on display in the US. 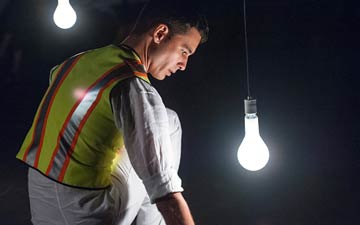 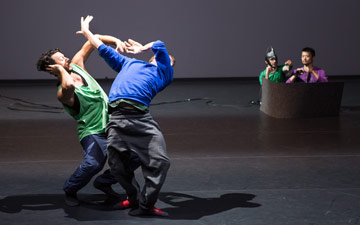 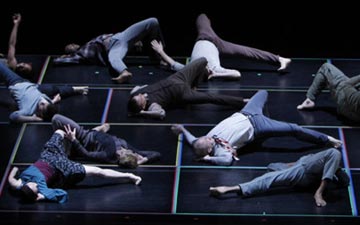 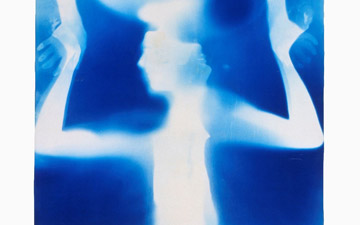