As The Royal Ballet prepares to celebrate Frederick Ashton with an all Ashton quad bill, two other events have also been celebrating the work of the Royal Ballet’s founder choreographer – one of the greatest choreographers of the 20th century…

The Royal Ballet is celebrating its founder choreographer this autumn with a mixed bill of ballets spanning Frederick Ashton’s post-war career at the Royal Opera House: Symphonic Variations (1946), Scènes de ballet (1948), A Month in the Country (1976) and the solo Five Brahms Waltzes in the Manner of Isadora Duncan (also 1976). (performance dates)

To complement the upcoming performances, two events gave insights into the ways Ashton’s choreography has been danced over the years. How much of his original intentions have been – can be – retained in revivals? It’s a contentious issue, especially since Ashton’s legacy is in the hands of so many different owners of his ballets. The Frederick Ashton Foundation website lists the present owners, from former dancers to former spouses, partners and relatives, some of whom have no background in ballet.  The Foundation is hoping to obtain the performing rights from those willing to cede them, starting with Daphnis and Chloe, inherited by Margot Fonteyn’s niece, Lavinia Exham.

To raise funds, the Foundation organised two master classes in the Royal Ballet Upper School studio, with dancers due to perform Ashton’s ballets during the run: Sarah Lamb and Steven McRae in extracts from Scènes de ballet, coached by Christopher Carr, and Natalia Osipova and Federico Bonelli in the final pas de deux from A Month in the Country, coached by Jonathan Cope.

Many thanks were owed to the dancers who had come after a long day of rehearsals to be put through their paces for the benefit of Ashton lovers. It was revealing how much stamina was required for the solo variations in Scènes de ballet.  Ashton had no qualms about demanding repeated double tours en l’air and tricky changes of direction from Michael Somes in the principal male role. Yet Somes, after wartime service, was not the virtuoso performer that McRae is today.  And the pointework precision needed for Fonteyn’s seductive solo is taxing, combined with twisting epaulement for the upper body. In his post-war ballets, Ashton certainly didn’t spare his favourite dancers.

A Month in the Country, some three decades later, involves more characterisation in the musical choreography. The partnering in the lovestruck pas de deux between Natalia Petrovna and the tutor, Beliaev, is very intimate in the way in which hands are placed and arms entwined. Cope frequently quoted Anthony Dowell’s coaching, in the absence of Dowell himself, who had yet to return to London. Osipova must have been watching film of Lynn Seymour as Natalia, for the exquisite shapes she made were reminiscent of Seymour’s – as became evident when the 1978 BBC recording of A Month in the Country with Seymour and Dowell in the leading roles was shown at a special screening the following week.

Gail Monahan had put together a programme of Ashton films from the BBC archives, screened on Monday afternoon and evening in the private Olympic Studios cinema in Barnes. She had seen the films in the British Film Institute archives and, she said, had been blown away by the quality of the dancing. ‘I wanted to share the joy of those rarely seen recordings, so I set about finding a way of showing them without charging, so that ballet students and others could enjoy them as well.’ Students came from the Royal Ballet Lower and Upper Schools, and from Elmhurst School for Dance in Birmingham; also in the audience were former dancers, some of whom had performed in the films, including Doreen Wells and Anthony Dowell (still jet-lagged).

The first film, in black and white, was of Les Rendezvous, created in 1933 and recorded in 1962 in a BBC studio with dancers from the resident and touring companies: Doreen Wells and Brian Shaw took the leading roles; Merle Park, Graham Usher and Petrus Bosman danced the pas de trois. Margaret Dale was the TV director. We were told that this was the 1947 version of the ballet, still performed in costumes designed by William Chappell. The speed and buoyancy of the dancing was astonishing, as was Wells’s seemingly effortless technical proficiency. The charm and lightness of the performances were a poignant reminder of how much has been lost in more recent revivals in unfortunate redesigns.

Then came a surprising recording of the final pas de deux from Sylvia (1952), filmed in the 1970s, long before the complete ballet had been revived: surprising because the pas de deux was performed in a country park (of what is now Wynyard Hall hotel). Doreen Wells was partnered by Donald MacLeary, after, she said, just one rehearsal. No orchestra, just a solo violin and piano accompaniment – but a beautifully musical performance of a glorious duet. Wells, who spent most of her dancing career touring with the Sadler’s Wells Theatre Ballet, deserved greater recognition from London-based audiences, as her loyal fans are aware.

The third film was the Month in the Country recording, directed by John Vernon and Colin Nears in the Opera House 1978, two years after its creation. The original cast included Denise Nunn as Vera and Marguerite Porter as Katya, the maid. How fascinating they all were, investing themselves in the roles Ashton had devised for them as Turgenev’s characters and as idiosyncratic dancers. Seymour’s bourrées have never been matched. Dowell spoke of his pleasure in partnering her, which he had done only once, long before, in Canada. He emphasised that Ashton always accepted minor adaptations to his choreography, allowing interpreters to find their own way instead of trying to preserve his ballets in aspic.

A Month in the Country – Royal Ballet performance of Frederick Ashton’s ballet with Lynn Seymour and Anthony Dowell. Recorded in 1978. Part 1 is shown above, see the other parts on YouTube: part 2, part 3, part 4 and part 5.

In talking about the creation of Month, Dowell said that Ashton had to obtain the right record of the Chopin variations used in the ballet and play it over and again in his flat until it became second nature. The record couldn’t be used in rehearsals because of Musicians’ Union regulations, so the dancers had to wait until the final rehearsal to hear the full orchestration. How easy it has become these days for choreographers and performers to hear music on demand!  And to find videos of performances on YouTube and DVDs, as well as stored away in archives.

Ashton at Work – coaching The Two Pigeons at the National Ballet of Canada. Part of the 1979 BBC documentry ‘Frederick Ashton: A real choreographer‘.

Many thanks are due to Gail Monahan for retrieving and screening the vintage films, including home-movie footage of the Sadler’s Wells company (now the Royal Ballet) on tour in the United States and Canada in 1950-1951. There were familiar and not-so-familiar faces in their youth, enjoying themselves on tour far away from austerity Britain. Their heirs in Ashton’s ballets are about to make their own mark in his roles during this autumn season. 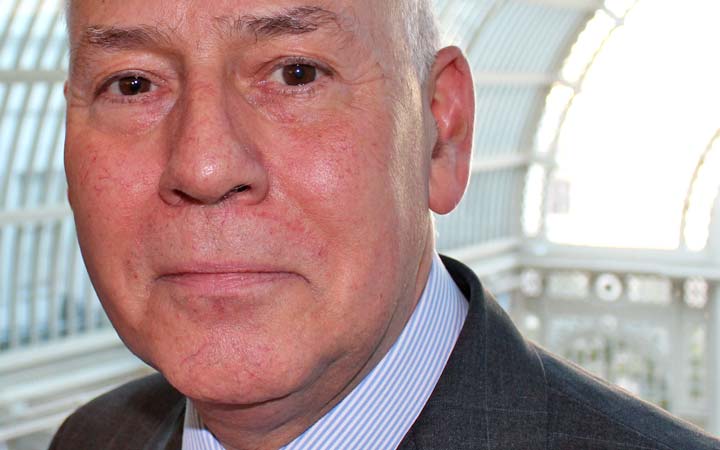 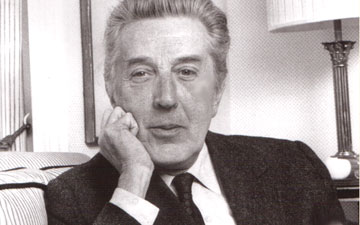