A NATIONAL TOUR OF

“LORD OF THE FLIES”

ADAPTED AND DIRECTED BY MATTHEW BOURNE

AND SCOTT AMBLER
BASED ON THE NOVEL BY WILLIAM GOLDING

New Adventures and Re:Bourne are delighted to announce a national tour of a thrilling new production of LORD OF THE FLIES, choreographed by Olivier nominated Scott Ambler, adapted and directed by Matthew Bourne and Scott Ambler, based on the classic novel by William Golding. LORD OF THE FLIES will open at the Lowry Theatre, Salford on 2 April 2014. Full tour schedule attached.

The action is transferred from deserted island to deserted theatre. A group of schoolboys find themselves abandoned. With no adults around they start to make their own rules and create their own civilisation, before order breaks down and the story builds to an electrifying climax.

With a cast of New Adventures dancers and remarkable young talent, chosen from each region, Golding’s legendary characters Ralph, Piggy, Jack and the boys will be brought to life with raw energy and emotional intensity.

This production is supported by Arts Council England, the Arts Council of Wales in addition to other major trusts and donors. Originally commissioned by Glasgow Theatres, part of Ambassador Theatre Group.

Re:Bourne is the charitable arm of Matthew Bourne’s New Adventures. Founded in 2008 the charity delivers projects, training, courses and productions to find, develop and inspire the next generation of dance-theatre professionals. Since its inception the charity has delivered over 800 workshops, 50 projects and worked with over 15,000 young people and emerging artists in the UK and overseas.

The last two years have seen major growth for the charity, securing over £1,300,000 from funders, a rapid increase in turnover and launching more projects and strategic relationships in the UK and overseas.

NEW ADVENTURES is the UK’s most in-demand contemporary Dance/Theatre touring company. Under the inspired leadership of Artistic Director, Matthew Bourne, it has, over the last 25 years, changed the landscape of British dance with an award-winning repertory of works that have brought unprecedented new audiences to theatres throughout the UK and internationally.

Matthew Bourne and his team of world-class collaborators have consistently produced some of the most successful dance productions ever staged. Since its formation in 2002, NEW ADVENTURES has created an enviable repertory of acclaimed new works (Play Without Words, Edward Scissorhands, Dorian Gray, Lord Of The Flies and Sleeping Beauty) as well as new productions of popular favourites from Matthew Bourne’s former company, Adventures In Motion Pictures (Nutcracker!, Swan Lake, Highland Fling, The Car Man and Cinderella). 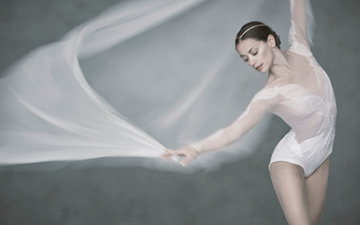 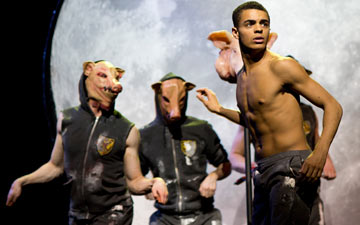 New Adventures and Re:Bourne – Lord of the Flies – London