Building on a prolific period of creativity, Scottish Ballet sets out an ambitious programme for 2016/17, continuing to innovate and cultivate new dance and delivering cutting edge creative projects.

Scottish Ballet has a reputation for producing cutting edge interpretations of classic ballets and pushing the boundaries of what ballet is and can be. In Swan Lake, choreographer David Dawson stays true to his visceral and inventive style. He strips away the artifice, focusing on the core themes of ideal love, femininity and betrayal.

“Dawson’s demanding and innovative choreography offers twenty-first century dancers what they need to develop and sustain their technique.”
Dance Europe

“The choreographer finds his expression in the most beautiful motion, (…) sensuous, elegant, powerful.”
Sächsische Zeitung

Autumn 2016: European premiere of Emergence by Crystal Pite and a World Premiere by Sophie Laplane

Scottish Ballet, the first ballet Company in the UK to present a work from Crystal Pite, will also be the first company in Europe to showcase her daring work Emergence. This will be presented alongside a World Premiere by Laplane, whose critically acclaimed work Maze enthralled audiences as part of Scottish Ballet’s Autumn 2015 Season.

“Pite is an image-maker of rare distinction.”
The Australian

“…Laplane is clearly a major talent in the making.”
Sunday Herald

Christopher Hampson’s festive treat Hansel & Gretel returns for our Winter Season 2016/17. This fantastical fairy tale, which first wowed audiences in 2013, is filled with festive magic, twists and turns and was inspired by the stories and imagination of the people of Scotland.

“At Scottish Ballet we thrive on creativity and our upcoming year is replete with creative voices. David Dawson will push the boundaries of classical ballet in our new production of Swan Lake, providing us with a bold addition to the repertoire. I’m thrilled that Crystal Pite, one of today’s most innovative and exciting choreographers, will be working with us to bring Emergence to our audiences, alongside our own choreographic rising star, Sophie Laplane who is poised to be taking the next step in her very promising career.

We look to innovate on stage and beyond. We will be delivering extensive education and outreach projects including our collaboration with Dance Base on Dance for Parkinson’s Scotland and continuing The Close, an empowering programme for young people excluded from mainstream education.

These new productions and initiatives support our mission to use creativity and the participation in creative projects to change lives.”

Touring to: Glasgow, Aberdeen, Inverness, Newcastle, Edinburgh and Liverpool in April, May and June 2016

Touring to: Glasgow, Aberdeen and Inverness in September and October 2016

Sophie Laplane
New Work
Company dancer Sophie Laplane first joined Scottish Ballet in 2004 and has been developing her choreographic skills since then.

The List included Sophie Laplane on their list of the Top 100 influential people in Scotland in November 2015.

Touring to: Edinburgh, Glasgow, Aberdeen, Inverness and Newcastle in December, January and February 2017

Scottish Ballet launched Scottish Ballet Creative earlier in 2015, with an aim to produce interesting projects that blur the lines between the dance, music and art worlds, merging classical and contemporary dance with other creative arts.

Scottish Ballet has been working with visual arts organisation The Common Guild as part of a new project by leading artist and winner of the 2005 Turner Prize, Simon Starling. The project, to be presented by The Common Guild in 2016, will include a new piece of choreography by Javier de Frutos, realised in conjunction with Scottish Ballet and featuring Scottish Ballet dancer Thomas Edwards. Full details will be released later this year.

Scottish Ballet is also collaborating with the Glasgow Short Film Festival and will be presenting a special curated film night and a discussion exploring the relationship between dance and film during the festival in March 2016. Scottish Ballet will premiere a new short dance film as part of this event.

Dance for Parkinson’s Scotland
In 2016/17, Scottish Ballet will spearhead a ground-breaking 18 month pilot Dance for Parkinson’s programme, delivered in partnership with Dance Base. This initiative is focused on enabling those with Parkinson’s to experience the benefits of dance and creativity, improving balance, spatial awareness, confidence and fluidity in movement.

Scottish Ballet and Dance Base will be working with the neuroscientist Dr Donald Grosset from the Queen Elizabeth University Hospital in Glasgow to carry out research and medical documentation of the project. Dance for Parkinson’s Scotland launches in March 2016.

The Close
Scottish Ballet is working on a school project for 70 pupils with the Kibble Education and Care Centre in Paisley and Gorgie Mills School in Edinburgh as part of The Close project. The project will focus on Christopher Hampson’s Hansel & Gretel and Matthew Bourne’s Highland Fling and will offer a gentle introduction to dance focusing on themes from the production to hard-to-reach, vulnerable young people, aged between 11 and 18 years old.

The Close was first launched in 2012, with the aim of empowering participants by welcoming their own creative ideas. The Close is an innovative way of inspiring marginalised and at-risk young people, positively affecting their lives by building confidence and directly contributing to their ability to co-operate with each other through the arts.

The Close is supported by Education Partner Cairn Energy and the Gemmell Bequest Fund.

The Anserinae Project
This professional choreographic mentorship programme will allow 5 Scottish artists the opportunity to develop their practice with internationally acclaimed artist, choreographer and mentor Kerry Nicholls. Each of the selected artists will present a new work inspired by Scottish Ballet’s Swan Lake in Edinburgh in May 2016.

Scottish Ballet Elders’ Company
The Scottish Elders’ Company (SBEC) was founded in 2015 and consists of members from Scottish Ballet’s popular Regenerate programme for the over 50s. Their first performance took place at the Edinburgh Fringe Festival last year and they progressed to tour Scotland in Autumn 2015 with the Elders dance group Prime from Dance Base.

In 2016, the SBEC will work with choreographer Tommy Small, the first ever Radio 2 Artist in Residence, to create a new dance work which they will perform at the GoDance festival on 1 March.

British choreographer David Dawson is one of the most innovative dance makers working in classical ballet today. His personal choreographic style transforms classical ballet in new ways, and his signature works are atmospheric, emotionally physical, abstract/narrative pieces that have been praised by critics and audiences worldwide. Dawson’s works have been performed in more than 25 countries and entered repertoires of many ballet companies.

Dawson has created numerous ballets internationally, including his full-lengthGiselle, which had its world premiere at the Semperoper. Amongst other signiﬁcant works are The Human Seasons,day4, The Third Light, Morning Ground,Das Verschwundene|The Disappeared, A Sweet Spell of Oblivion, On the Nature of Daylight, The World According to Us,dancingmadlybackwards, 5, Opus.11 and his highly acclaimedtimelapse/(Mnemosyne).

Born in London, David Dawson began to dance at the age of 7 and received his training at the Rona Hart School of Dance, Arts Educational School and The Royal Ballet School. In 1991 he received the Alicia Markova Award and won the prestigious Prix de Lausanne and the same year he was offered a contract by the Birmingham Royal Ballet. He was nominated as Best Newcomer of the Season by ‘Dance & Dancers’ magazine in 1992. He joined the English National Ballet in 1994 as a soloist, and a year later moved to Amsterdam to perform with Dutch National Ballet. Dawson choreographed his first ballet in 1997 at the annual choreographic workshop while with the Dutch National Ballet. This experience resulted in Dawson’s ﬁrst major creation for the main company, A Million Kisses to my Skin, in 2000. Subsequently, he joined Ballett Frankfurt, where he worked with William Forsythe and performed for two more years before deciding to devote his time to creating his own new works.

In 2013 Dawson was a Jury member of the Prix Benois de la Danse in Moscow and Dance Open International Ballet Festival in St Petersburg.

In 2002, she formed Kidd Pivot in Vancouver. Integrating movement, original music, text, and rich visual design, Kidd Pivot’s performance work is assembled with recklessness and rigour, balancing sharp exactitude with irreverence and risk. The company’s distinct choreographic language – a breadth of movement fusing classical elements and the complexity and freedom of structured improvisation – is marked by a strong theatrical sensibility and a keen sense of wit and invention.

Kidd Pivot tours nationally and internationally, performing such highly-demanded and critically acclaimed works as Dark Matters and Lost Action. Kidd Pivot’s residency at the Künstlerhaus Mousonturm in Frankfurt (2010-2012) provided Pite the opportunity to create and tour The You Show and The Tempest Replica. Most recently, the company has premiered Betroffenheit, a co-creation with playwright and actor Jonathon Young of Electric Company Theatre.

Pite is the recipient of the Banff Centre’s Clifford E. Lee Award (1995), the Bonnie Bird North American Choreography Award (2004), and the Isadora Award (2005). Her work has received several Dora Mavor Moore Awards (2009, 2012), and a Jessie Richardson Theatre Award (2006). She is the recipient of the 2008 Governor General of Canada’s Performing Arts Award, Mentorship Program, the 2011 Jacob’s Pillow Dance Award, the inaugural Lola Award in 2012, and the Canada Council’s 2012 Jacqueline Lemieux Prize. Most recently, she received a Laurence Olivier Award (2015) for Outstanding Achievement in Dance.

Sophie Laplane trained at the Conservatoire National Supérieur de Paris, winning the Prize of the CNSMDP Mention Bien. Prior to this, she trained at the Paris Opera Ballet School. She danced with Le Ballet de Lorraine from 2003 to 2004 and was a member of The Junior Ballet Classique du Conservatoire de Paris between 2002 and 2003. She joined Scottish Ballet in winter 2004, and was promoted to Coryphée in July 2011. Significant roles have included playing Stella in Lopez’s Ochoa A Streetcar Named Desire and Juliet’s friend in Pastor’s Romeo and Juliet as well as performing in Matthew Bourne’s Highland Fling.

Sophie Laplane’s Oxymore was showcased at the Edinburgh International Festival in 2013 as part of Scottish Ballet’s Dance Odysseys, was included in Scottish Ballet’s Up Close tour in 2014 and most recently was performed at the TEDx Glasgow event. Laplane created Sink In for the Edinburgh Fringe Festival 2014 and will debut a new work on Friday at the Independent:BALLET event as part of the Cottier Dance Project.

Maze has developed from being part of the Royal Ballet’s Draft Works programme for emerging choreographers and was Laplane’s first work to be performed in a large scale theatre.

Christopher trained at the Royal Ballet Schools. His choreographic work began there and continued at English National Ballet, where he danced until 1999 and for whom he subsequently created numerous award-winning works, including Double Concerto, Perpetuum Mobile, Country Garden, Concerto Grosso and The Nutcracker. Christopher’s Romeo and Juliet, created for the Royal New Zealand Ballet (RNZB), was nominated for a Laurence Olivier Award (Best New Production 2005) and his production of Giselle for the National Theatre in Prague has been performed every year since its premiere in 2004. Christopher created Sinfonietta Giocosa for the Atlanta Ballet (USA) in 2006 and after a New York tour it received its UK premiere with ENB in 2007. He created Cinderella for RNZB in 2007, which was subsequently hailed as Best New Production by the New Zealand Herald and televised by TVNZ in 2009. His work has toured Australia, China, the USA and throughout Europe. His most recent commissions are Dear Norman (Royal Ballet, 2009); Sextet (Ballet Black/ROH2, 2010); Silhouette (RNZB, 2010), Rite of Spring (Atlanta Ballet, 2011), Storyville (Ballet Black/ROH2, 2012) nominated for a National Dance Award 2012, and Hansel & Gretel (Scottish Ballet 2013).

In June 2015, Christopher was announced as the CEO / Artistic Director of Scottish Ballet. 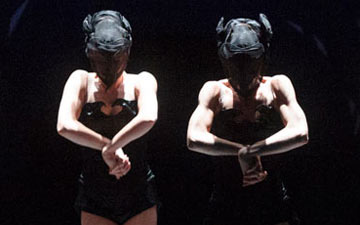 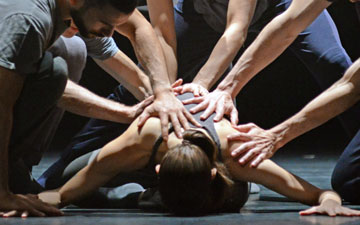